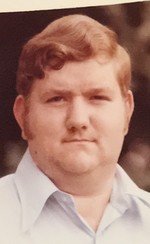 Kevin L. Russ, 60, Bloomington, Indiana passed away comfortably at home on Thursday, April 5, 2018, surrounded by his family.
He was born on April 10, 1957 in Bloomington, Indiana, the son of William M. and Laura L. (Ward) Russ, who survive.
He was an active member of the Moose Lodge where he served as governor from 2014 - 2015. He also was a member of the New Unionville Baptist Church.
In the spring you could find Kevin in the family greenhouse caring for the plants. He was a devoted son and father, who never missed a sporting event for his kids and grandkids. He touched the hearts of everyone who knew him.
In addition to his parents, he is survived by 2 daughters, Heather (James) Purtlebaugh of Bloomington and Christina Settle of Bedford; 1 son, Chad (Emily) Russ of Bloomington; 6 grandchildren, Morgan Settle, Adam Vibbart, Hannah Purtlebaugh, Matthew Vibbart, Jacob Purtlebaugh and Evelyn Russ; 2 great-grandchildren, Ayden May and Bryson Settle.
Visitation will be from 4:00 to 8:00 p.m. Tuesday, April 10, 2018 at The Funeral Chapel of Powell and Deckard 3000 E. Third Street Bloomington. Funeral services will be at 11:00 a.m. Wednesday, April 11, 2018 at The Funeral Chapel. Burial will follow at Valhalla Memory Gardens.
Contributions in Kevin's memory may be made to the ALS Association - Indiana 7202 E. 87th St. # 102 Indianapolis, Indiana 46256.