To share your memory on the wall of Deborah Sue Deckard, sign in using one of the following options:

Provide comfort for the family of Deborah Sue Deckard with a meaningful gesture of sympathy.

We encourage you to share your most beloved memories of Deborah Sue here, so that the family and other loved ones can always see it. You can upload cherished photographs, or share your favorite stories, and can even comment on those shared by others.

Posted Dec 30, 2018 at 06:00pm
I’m so sorry to hear about the loss of your dear loved one. It’s very comforting to know what the Bible says about ones we’ve lost in death. Verses like Acts 24:15 are an excellent example of this: “And I have hope toward God, which hope these men also look forward to, that there is going to be a resurrection of both the righteous and the unrighteous.” Knowing God’s promise that we’ll be reunited with our loved ones who have died is a promise that I hold dear to me. (John 5:28, 29) I know God’s Word can bring you hope & comfort too.
Comment Share
Share via: 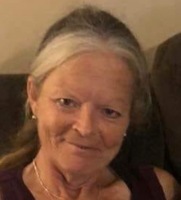