To share your memory on the wall of Rev. Lee Coffman, sign in using one of the following options:

Provide comfort for the family by sending flowers or planting a tree in memory of Rev. Lee Coffman

Provide comfort for the family of Rev. Lee Coffman with a meaningful gesture of sympathy.

We encourage you to share your most beloved memories of Rev. Lee here, so that the family and other loved ones can always see it. You can upload cherished photographs, or share your favorite stories, and can even comment on those shared by others.

April Y Hunt and Sharolyn, Bob and family have sent flowers to the family of Rev. Lee Coffman.
Show you care by sending flowers

Posted Apr 11, 2019 at 04:10pm
You are my family. Through the years I don't know how many times I accidentally called Bro. Coffman "Grandpa". Couldn't love you all any more.

Posted Apr 11, 2019 at 01:20pm
Our warmest condolences for the loss of your beloved family member. For Priscilla Davidson

Flowers were purchased for the family of Rev. Lee Coffman. Send Flowers

Vivid Recollections was purchased for the family of Rev. Lee Coffman. Send Flowers

Posted Apr 10, 2019 at 09:14am
With love and prayers in your time of loss. From Pastor and Sis. Hawkins and your friends at Turning Point Apostolic Church 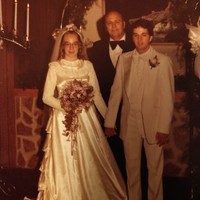