To share your memory on the wall of Lieutenant Colonel (ret.) Hershel Ralph Lane, sign in using one of the following options:

Provide comfort for the family by sending flowers or planting a tree in memory of Lieutenant Colonel (ret.) Hershel Ralph Lane

We encourage you to share your most beloved memories of Lieutenant Colonel (ret.) Hershel Ralph here, so that the family and other loved ones can always see it. You can upload cherished photographs, or share your favorite stories, and can even comment on those shared by others.

Posted Sep 28, 2019 at 08:56pm
My dad, R. Peter Hansen was with Mr. Lane during WWII in the 63rd Infantry Division, 3rd Battalion, 254th Regiment, L-Company, 3rd Squad. My dad was with him when Mr. Lane received his battlefield commission. My dad is 94 and still doing well.
Comment Share
Share via:
D

Posted Apr 16, 2019 at 09:10am
Such wonderful memories of Mr. Lane as our History Teacher. Mr Lane was truly one of the best teacher's and most unforgettable and respected teacher that Eastern School ever had.

May you rest in peace, Mr. Lane.

Posted Apr 15, 2019 at 01:32pm
Sorry to hear about Mr. Lane's passing, he was an unforgettable teacher and I enjoyed his class very much.
Comment Share
Share via:
JJ

Posted Apr 15, 2019 at 07:09am
Some of my favorite memories of living on Pine Grove Rd have been stopping by Hershel's house on the way home from work, having him meet me at the top of the deck steps, and asking me to "Come tell me a big lie". I always responded that "I just caught a fish this big", with my arms wide spread. We would then spend 15 minutes to an hour talking about his family, military past, Decker Indiana, his parents and the WPA, his siblings, the military and the places he went and the Generals he knew, his moving to Bloomington, his military travels in-state, and teaching at Eastern Green County. Each story had great memories attached and it NEVER got old hearing them over and over again. Each of my four children and my wife joined me at least one time on those visits. I can not, nor will I ever, be able to drive down Pine Grove without looking to his deck, and smiling as I recount the memories. He was a good man. I will miss him.
Comment Share
Share via:
CJ

Posted Apr 14, 2019 at 03:14am
I learned a lot from Mr Lane as my Social Studies/History teacher. What an amazing example of a “Life of Service”....and why his cohort has been called the “Greatest Generation”.
Comment Share
Share via: 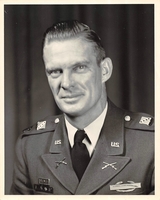