To share your memory on the wall of Scott Thomas Langley, sign in using one of the following options:

Provide comfort for the family of Scott Thomas Langley with a meaningful gesture of sympathy.

We encourage you to share your most beloved memories of Scott Thomas here, so that the family and other loved ones can always see it. You can upload cherished photographs, or share your favorite stories, and can even comment on those shared by others.

Your friends at Old National sent flowers to the family of Scott Thomas Langley.
Show you care by sending flowers

Posted May 30, 2019 at 05:18pm
My heart was saddened when I read you lost your son Scott and I wanted to send my warmest condolences to the family. To lose a child, a part of you, can bring such overwhelming grief but Jesus assures us at John 5:28,29 that you will have him in your life once again without the pain we see today. Until God’s promises come true may every good thought, every memory of the love you felt, flood and overtake you with calm and peace to help you through the dark moments. Please go to jw.org for more encouraging scriptures and videos to help heal your broken heart 💔 https://tv.jw.org/#en/mediaitems/VODMinistryTools/pub-imv_4_VIDEO
Comment Share
Share via:
YN

Your friends at Old National

Your friends at Old National purchased flowers for the family of Scott Thomas Langley. Send Flowers

Posted May 22, 2019 at 07:05pm
May the family of Scott Thomas Langley please accept my sincere condolences hoping you find comfort in God's words at Acts 24:15 and Psalm 37:29.
Comment Share
Share via: 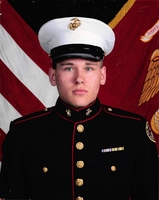