To share your memory on the wall of Gregory Matthew Simmons, sign in using one of the following options:

We invite Greg's friends and family to celebrate a life well lived at a gathering at Woolery Mill in Bloomington, Indiana, on Sunday, September 22nd, from 4-7 pm. We will share memories and enjoy food, drink, and dancing. Casual attire is appropriate. Please consider wearing your Simmons Strong T-shirt if you have one. If you plan to attend, please RSVP via Facebook.

For those who would still like to purchase a T-shirt to support the family, they are available at: https://teespring.com/simmons-strong.


To honor his friendship and memory, please consider a contribution to an educational fund set up for Greg’s daughter or a donation to support Cardinal Stage.
You are invited to share a thought or memory or leave a photo of Greg for his family at www.thefuneralchapel.net
Read Less

We encourage you to share your most beloved memories of Gregory Matthew here, so that the family and other loved ones can always see it. You can upload cherished photographs, or share your favorite stories, and can even comment on those shared by others.

Sandra S., Mike H., Mario L., Ian B., Gio O., Ron Brinker, John Downing, and all of USA Powerlif, and other have sent flowers to the family of Gregory Matthew Simmons.
Show you care by sending flowers

Posted Aug 13, 2019 at 03:15pm
Dear Susan, our hearts break for you and McKenna. We know this terrible enemy (cancer) and wish for you peace and wonderful memories as time begins to heal. Please know that we are here for you. Reach out any time. - Beth Meyerson and family.
Comment Share
Share via:

Posted Aug 05, 2019 at 07:23pm
Thank you to USA Powerlifting Texas for the beautiful display of flowers (and in Greg's favorite color - orange)! It was so thoughtful of you! Sincerely, Susan and McKenna
Comment Share
Share via:
JR

Posted Aug 02, 2019 at 11:30pm
This evening, I discovered the loss of Greg and while reading about Greg's amazing life, I discovered I discovered that Ronnie passed away several years ago. Reflecting back to my childhood days, I remember Greg and Ronnie being men who were both determined. They were athletic, smart, kind, compassionate, serious, but yet they both had a sense of humor. They had terrific parents who loved and protected their boys. We played backyard baseball and football together while their father Ronald would coach the kids in the neighborhood, and give them encouragement as well. We all roller-skated together once in a while at USA skating rink and always enjoyed Greg's Camaro. My condolences, thoughts, and prayers are with you all. When I ponder the losses of friends, family, co-workers, and those I minister too, the only response I can give is to listen, care, and share that God is there.
Comment Share
Share via:
SO

Posted Aug 02, 2019 at 10:14am
Love and condolences from Texas. Greg was an inspiring person that had an impact on all the powerlifting community. Our thoughts are with your family.

Posted Aug 01, 2019 at 02:12pm
Dear Susan and McKenna and Family,
I had the great privilege of knowing Greg and sharing many memories, good times, a few wild times, and some hard times together. When my son Ben got serious about power lifting, there was no question about who his coach was going to be. That I would put my son's training in Greg's hands at a young age, tells you everything about how I felt about him as a professional, a teacher and a person.
Greg didn't just train my son, he also taught and helped me. Throughout my many years of injuries and travails, Greg supported me with advice, knowledge, humor and insight. I watched the calm and unruffled way in which he handled his adversities and I took those to heart. I wanted to be more like Greg. Indeed, as I listen to people in the gym talk about Greg, I hear that a lot. So many people would like to be more like Greg. And many are, because he taught them and trained them. A little bit of who Greg is will live on in them in the best possible way.
There is not consolation or balm I can offer you for the grief you are feeling now. But I hope you know that Greg lives on in all of us- his friends and his students, in ways that deeply matter.
Much love in this time of sorrow,
Ted
Comment Share
Share via:

Ted, thank you for the beautiful words! I too, am much better for having known him. I hope that over the course of 22 years, enough of his joy and tenacity have rubbed off on me to see us through the challenging times and help us enjoy the good times still to come. Sincerely, Susan 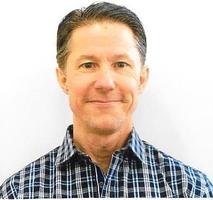 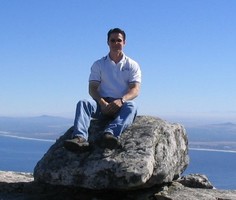 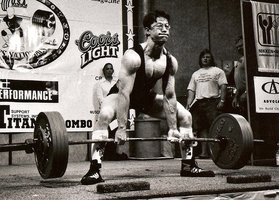