To share your memory on the wall of Bearett Samson "Bear" Richardson, sign in using one of the following options:

Provide comfort for the family of Bearett Samson "Bear" Richardson with a meaningful gesture of sympathy.

We encourage you to share your most beloved memories of Bearett Samson "Bear" here, so that the family and other loved ones can always see it. You can upload cherished photographs, or share your favorite stories, and can even comment on those shared by others.

Guaranteed hand delivery by a local florist
DO

Posted Sep 26, 2019 at 12:21pm
We pray that the Lord comfort your hearts and minds at this difficult time!! Love, Clarence and Ann Boone

Flowers were purchased for the family of Bearett Samson "Bear" Richardson. Send Flowers

Posted Sep 26, 2019 at 09:31am
Oh, my sweet baby Bear.. I will carry you with me always. The love you left within us all.. You taught so many so much about life and love in your short time. I love you my whole heart, mighty baby Bear.
Comment Share
Share via:
HS

Flowers were purchased for the family of Bearett Samson "Bear" Richardson. Send Flowers 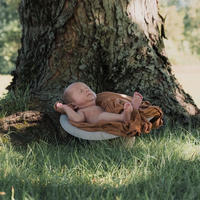