To share your memory on the wall of Mary Lucille \"Mitzi\" Toner, sign in using one of the following options:

We encourage you to share your most beloved memories of Mary Lucille "Mitzi" here, so that the family and other loved ones can always see it. You can upload cherished photographs, or share your favorite stories, and can even comment on those shared by others.

Posted Oct 09, 2019 at 07:06pm
Mitzi and I shared many fabulous times at St Bernard Academy in Nashville. Since we were 16 she was always the driver. We loaded up the Vega, stopped to add oil/water and off we went to school, drove the Nuns on errands, skipped school and went out to lunch, ballgames, parties, etc. Mitzi loved to drive and we always arrived safely (even while drinking our beer). Some of our best times were driving her Dad's old pick up truck to cruise the Shoney's drive-in. We would put $2 gas in the tank so he would not know we went so far and stayed out so late..... We had great times and I will miss Mitzi. Bless her soul.
Love, Teresa Burns Creecy
Comment Share
Share via:
LC 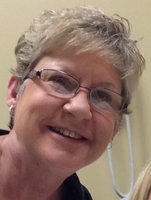