To share your memory on the wall of Kenneth Pannell, sign in using one of the following options:

Following his military career, Ken subsequently retired from his civilian career with the National Education Association in Washington, DC where he oversaw computer operations. Ken was always interested in mathematics and would have made an engaging teacher, so it was only fitting that he chose NEA as his second career. Ken and Jewell came back home to Indiana after his two wonderful careers, to retire and enjoy family and life-long friends. Having retired young, Ken & Jewell were able to enjoy many years of traveling that included several cruises, a destination vacation to Hawaii and bus tours throughout the United States. Ken & Jewell recently celebrated 60 years of glorious marriage with family and close friends at Sherwood Oaks Christian Church, where they have been active members since they returned to Bloomington 24 years ago. Ken's past time was his family, and was actively engaged with his children, grandchildren and great-grandchildren. He was an avid reader, loved bowling, working crossword puzzles, playing hours of Scrabble, and loved his enduring friendships with his church family. He embodied a man of the highest character and of all of life's accomplishments, our family would be remiss if we didn't highlight his patriotism and how much his Air Force career meant to him, and the honor it was for him to serve his country.
,
Visitation will be from 2:00 to 6:00 p.m. Sunday, December 1, 2019 at The Funeral Chapel of Powell and Deckard 3000 E. Third St,. Bloomington, IN. Funeral services will be at 11:00 a.m. Monday, December 2, 2019 at Sherwood Oaks Christian Church, 2700 E. Rogers Rd., Bloomington, IN with Tom Ellsworth officiating. Additional visitation will precede the funeral at 10:00 a.m. Burial will follow at Valhalla Memory Gardens in Bloomington, IN.
Contributions to the American Cancer Society may be made in memory of Kenneth E. Pannell.
Read Less

We encourage you to share your most beloved memories of Kenneth here, so that the family and other loved ones can always see it. You can upload cherished photographs, or share your favorite stories, and can even comment on those shared by others.

Posted Dec 02, 2019 at 01:56pm
There are just too many wonderful memories to share in one small space. I recall when Kenny would come to visit Jewell, I sometimes would answer the door with a warm greeting such as “it’s you.”

Posted Nov 30, 2019 at 12:21pm
Kenny was my first cousin. I loved going to visit the family in Crane. I'm sending my condolence to his family.
Glenda Pannell Archer
Comment Share
Share via: 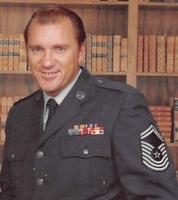 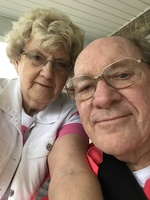 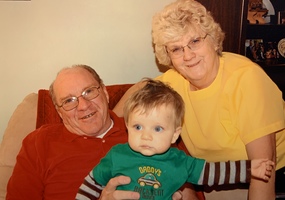