To share your memory on the wall of Stephen Elliott, sign in using one of the following options:

Steve received his degrees in French and social studies education from Anderson University in Anderson, Indiana. In 1978 he began his 41 year high school teaching career at Warner Christian Academy in South Daytona, Florida. In 1985 he met fellow teacher and future wife, Kim, and they were high school sweethearts at WCA throughout their marriage of 31 years. Steve loved the Lord and was an avid reader. Steve and Kim enjoyed traveling together and had been to countries in Europe as well as the Caribbean on their many cruises.

Just before his passing, Steve estimated that he had taught over 4,000 students in his career, remaining friends with hundreds of them in person and through email, text messages, and social media. Most of his students would know him best by his famous line, “Please take out a half-sheet of paper.” He was the Pop-Quiz King making sure his students took their learning seriously and kept up with it throughout their lives, as he did. He wanted each of them to know Jesus as their Savior as he did, also.

Steve was preceded in death by his father, Leslie “Ikey” and mother, Barbara. He is survived by his wife, Kim, his brother Doug Elliott (Tracy) and sister Deborah Elliott, several cousins, three nephews and a great-nephew. Funeral arrangements are with Dale Woodward Funeral Homes in Holly Hill, Florida. A memorial service will be held at White Chapel Church of God, South Daytona, Florida, on Saturday, December 7, 2019, at 11:00 AM. Visitation will be prior to the memorial at 10:00 AM.

In lieu of flowers, please make donations to Warner Christian Academy, 1730 S. Ridgewood Avenue, South Daytona, Florida, earmarked for the “Steve Elliott Memorial” which will be used for the improvement of the school library.
Read Less

We encourage you to share your most beloved memories of Stephen here, so that the family and other loved ones can always see it. You can upload cherished photographs, or share your favorite stories, and can even comment on those shared by others.

Posted Dec 11, 2019 at 07:49pm
Steve left an incredible footprint on this earth. His personal commitment, leadership, and kindness was experienced by many. I was honored to know him and his family during his early formative years. Debbie and Doug I am so sorry for your loss. Please know the heavens opened and he was welcomed into God’s hands by those who have journeyed ahead. He will be long remembered. With deepest sympathy. Anna Andrew Peterman
Comment Share
Share via: 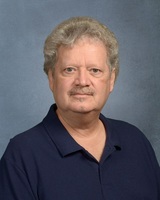