To share your memory on the wall of Paul Edward "P.D." Davis, sign in using one of the following options:

Provide comfort for the family by sending flowers or planting a tree in memory of Paul Edward "P.D." Davis

The gesture that can change the world

Paul was a graduate of Bloomington High School and was a Navy Veteran of WWII. ; He retired from the Bloomington Police Department. He also worked as a Monroe County Probation Officer in the youth division; Indiana State Board of Animal Health; and Monroe County Courthouse.

Paul never met a stranger and loved everyone he met, especially babies. God, family and friends were the most important things in the world to him. He will be greatly missed by all those whose lives he touched throughout his 93 years.

A celebration of life will be held on Saturday , February 22, 2020 at 10:00 a.m. at The Funeral Chapel with burial to follow at Clear Creek Cemetery. In lieu of flowers, the family requests memorial contributions to Hospice House, 2810 S. Deborah Drive, Bloomington, Indiana 47403. The family would like to thank all the friends and neighbors for their love, support and visits with the family. Special thanks to Anita Davis Paynter for her love, kindness and assistance during the past few months.
Read Less

We encourage you to share your most beloved memories of Paul Edward "P.D." here, so that the family and other loved ones can always see it. You can upload cherished photographs, or share your favorite stories, and can even comment on those shared by others.

North Mechanical Services and Love, Mom and Dad, John and Chris have sent flowers to the family of Paul Edward "P.D." Davis.
Show you care by sending flowers

Posted Feb 17, 2020 at 04:57pm
What a wonderful brother-in-law Paul was. Always smiling, always full of life, always full of the love of Jesus. He made you feel welcomed, loved, and would keep you laughing. I’m so thankful that I was able to know Paul in this life. Love Brenda
Comment Share
Share via: 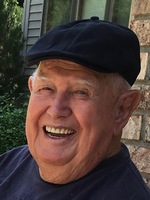 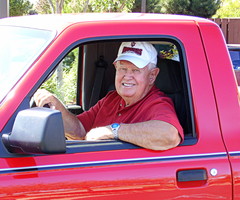