To share your memory on the wall of Jeffrey DeFord, sign in using one of the following options:

The gesture that can change the world

We encourage you to share your most beloved memories of Jeffrey here, so that the family and other loved ones can always see it. You can upload cherished photographs, or share your favorite stories, and can even comment on those shared by others.

Posted Mar 06, 2020 at 07:58pm
Chrissy - remembering how Jeff and your dad would get into heated discussions , about anything .( most were about History ) Neither one would back down . You just sat back and listened. I am sure they haven't miss a beat , and alot of catching up to do . My Thoughts and Prayers are with you.
Comment Share
Share via: 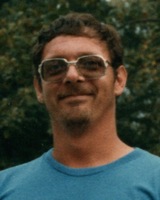