To share your memory on the wall of James “Jim” Elkins, sign in using one of the following options:

We encourage you to share your most beloved memories of James “Jim” here, so that the family and other loved ones can always see it. You can upload cherished photographs, or share your favorite stories, and can even comment on those shared by others.

Posted Apr 08, 2020 at 05:40pm
Condolences on Jim's passing. I have fond memories of Jim at IMS and in various basements and garages racing HO Slot Cars. Jim always brought good looking cars that ran competitively. He was fun to race with. I will miss his great smile and friendly personality.
Scott & Rebecca Eberle
Comment Share
Share via:
DH

Thank you! He missed his REMC family
JV

Posted Apr 06, 2020 at 09:04am
We are sorry for the loss of your loved one. You will be in our thoughts and prayers.
Johnson County Veterans Affairs
Charles Russell
Carolyn Russell
Jan Richhart
Comment Share
Share via:
DH

Thank you, he will be missed
DH

Thank you, he will be missed
LW

Posted Apr 04, 2020 at 12:33pm
Jim was such a great person! We have such fond memories of him from high school. He will be missed very much!
Bob and Lynn Wilson
Comment Share
Share via:
P

Condolences to the Elkins family and friends. Just for (historical) clarification however, Jim's half-sister, Judy Elkins-Ianni passed away Aug 16, 2016.
DH 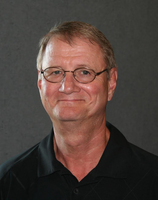