To share your memory on the wall of Hershel Winford \"Huck\" Ayers, sign in using one of the following options:

Print
Hershel Winford (Huck) Ayers, aged 98 left his earthly home Thursday April 16 2020 to join his loved ones in heaven. Huck was born December 29, 1921 in Bloomington Indiana to Mary Leticia (Reynolds) Ayers and Samuel Ayers Jr. He was a man of faith... Read More
Hershel Winford (Huck) Ayers, aged 98 left his earthly home Thursday April 16 2020 to join his loved ones in heaven. Huck was born December 29, 1921 in Bloomington Indiana to Mary Leticia (Reynolds) Ayers and Samuel Ayers Jr. He was a man of faith.
Reverent Alsorah Schreckenhaust married Hershel and Velma Camaline Sherrill on Jan 2, 1941 at her church on West 6th Street in Bloomington Indiana. They celebrated their 75th wedding anniversary on January 2, 2016 with their huge family in attendance.
Huck retired from Ralph Rogers and Company in 1982 where he was a teamster and shop steward. He was a part of crew that constructed both the “new” two lane SR37 to Indianapolis and the later replacement four lane SR37.
He led a full and active life until the end. At an early age his friends called him Huck, based on Mark Twain’s adventurous character Huck Finn. The name appropriately stuck for the rest of his life. In his youth he was known to dive from the limestone heights into the local quarries. He obtained his commercial drivers license in 1937 and was a long distance truck driver at age 16. At 19 he was transporting ammunition and explosives to both coast to military depots. At 35 he was raising five boys and three girls. He kept Coon and rabbit hounds and loved hunting. He and his boys camped on the bank of the White River at Williams Dam cat fishing. He sold produce at the corner of 6th and Madison near Buskirks and Hayes Markets for the residents that came to town on Saturdays to grocery Shop. He loved horses and raised both riding and work horses. He and the Cox brothers owned a rodeo that toured southern Indiana each summer for several years, where he rode both bucking broncos and bulls. He ran a dirt track car with the Kinsers at the Bloomington Speedway. He and his wife spent Friday and Saturday nights square dancing with local friends. He loved listening to his uncles and cousins playing blue grass music. He loved traditional country music and attended the Grand Ole Opry in Nashville as often as he could. He liked attending Drag Races at Speeds at New Hope. He was well known at central Indiana Gun Shows which he attended with his Grandson Mathew Cain. He had broad knowledge of vintage and late model shotguns and rifles. He was a gun and knife trader. After his wife’s death , He visited her burial site every day and watered her flowers and had lunch.. He loved watching the western channel and gospel singing shows. He smiled ear to ear when his new great grand daughter was named Huxlee in his honor. At 97 he was still driving his car, shopping at Kroger’s and Wal-Mart, and attending gun shows and flea markets. He never met a stranger and was very outgoing. After a few minutes of conversation he probably could tell you about common relatives. He passed looking forward to seeing his family and friends again in heaven.
He was dad to 8 kids, and grandpa to 72 grand kids. His biggest legacy is his family that will carry his name, values and life lessons across generations.
He is survived by Children Jerry Ayers, Phillip Ayers (Pam), Hershel {Duke} Ayers (Patty), Nancy Shaw (Bob), Samuel Ayers (Barbara), William {Bill} Ayers (Debbie), Karen Cain (Don), and Mary Van Deventer (John).
Also Grand Children, Brad Ayers (April), Chris Ayers (Samantha), Randy Ayers, John Ayers (Debbie), Rob Ayers (Jennifer), Kevin Shaw (Lisa), Jessica Shaw Scott, Sarah Shaw Gilliland (Brad), Stacy Wheeler (Mark), Sean Ayers, Seth Ayers (Jessica), Ben Ayers (Kylie), Chad Edwards (Sherry), Eric Edwards (Megon), Mathew Cain (Brittannee) Amy Cain Bowling (Eric), Laura Cain Lucas (Brad), Mandy VanDeventer Bryant, and Kara VanDeventer Quimby (Craig).
Great Grand Children Kirsten Ayers Bartalone (Nick), Natasha Ayers Potter, Nathan Ayers (Abby), Riley Ayers, Ramzie Ayers, Reese Ayers, Conner Ayers, Blake Ayers, Jordan Scott, Jalen Scott( Hannah), Mackenzie Scott Conrad(Zac), Oliva Scott, Brady Scott, Alexis Shaw, Colin Shaw, Natasha Shaw, Lucas Shaw, Eli Wheeler, Autumn Wheeler, Abby Edwards, Taylor Jarbo, Katelyn Edwards, Haylee Edwards, Mason Edwards, Ethan Edwards, Kaylyn Ayers, Wesley Ayers, Parker Lucas, Hadley Lucas, Madison Cain, Macey Cain, Huxlee Cain, Bella Bowling, Isaac Bowling, Taylor Bryant, Austin Bryant, Laney Quimby, Leila Quimby.
And great great grandchildren Cooper James Potter, Dylan Bartalone, Parker Bartalone, Benjamin Bartalone, Acacius Scott, Anakin Scott, Charlotte Scott, Eloise Conrad, Jake Smith, and Jaxon Smith.
He was preceded in Death by his wife Velma Camaline Ayers, grandson Troy Ayers, granddaughter Michelle Ayers, his parents Samuel and Mary Ayers and Siblings Fritch Ayers, Sarah Francis Smiley (John), Dorothy Ayers, Alta Jean Ziegelmeyer (Ray), Vernal Ayers (Ethel), Ruby Ayers, Floyd Ayers, Robert Ayers and Margret Ayers and numerous nieces, nephews and cousins.
Due to Covid-19 guidelines and the Executive Order of the Governor all services will be private for Huck’s family.
Read Less

We encourage you to share your most beloved memories of Hershel Winford "Huck" here, so that the family and other loved ones can always see it. You can upload cherished photographs, or share your favorite stories, and can even comment on those shared by others.

Posted Apr 29, 2020 at 08:08am
Jerry the class BHS class of 1960 sends it condolences for the loss of your father, my the Lord place His healing hands upon you and your family.
Comment Share
Share via:

Posted Apr 23, 2020 at 10:06am
Huck Ayers was one of the nicest people you would ever want to meet. Loved seeing him drive by our house on his way to the graveyard. We know he will be sadly missed.

Posted Apr 20, 2020 at 10:39am
Sharing our condolences to Nancy and Bob Shaw, Brad and April Ayers, and the rest of Hershel “Huck” Ayers family.
Prayerfully,
Mark and Debra Gerberding
Comment Share
Share via:
BS

Posted Apr 20, 2020 at 10:28am
Bro.Phil Ayers and family
So sorry for your loss.
May God give you comfort at this time
Comment Share
Share via:
AS

Posted Apr 20, 2020 at 12:50am
I remember when we were little, he would take us driving on his golf cart around his yard. My most recent memory with him, was bringing him chicken and dumplins from Cracker Barrel and spending an hour just talking and catching up. I miss him and can't wait to see him again in paradise. 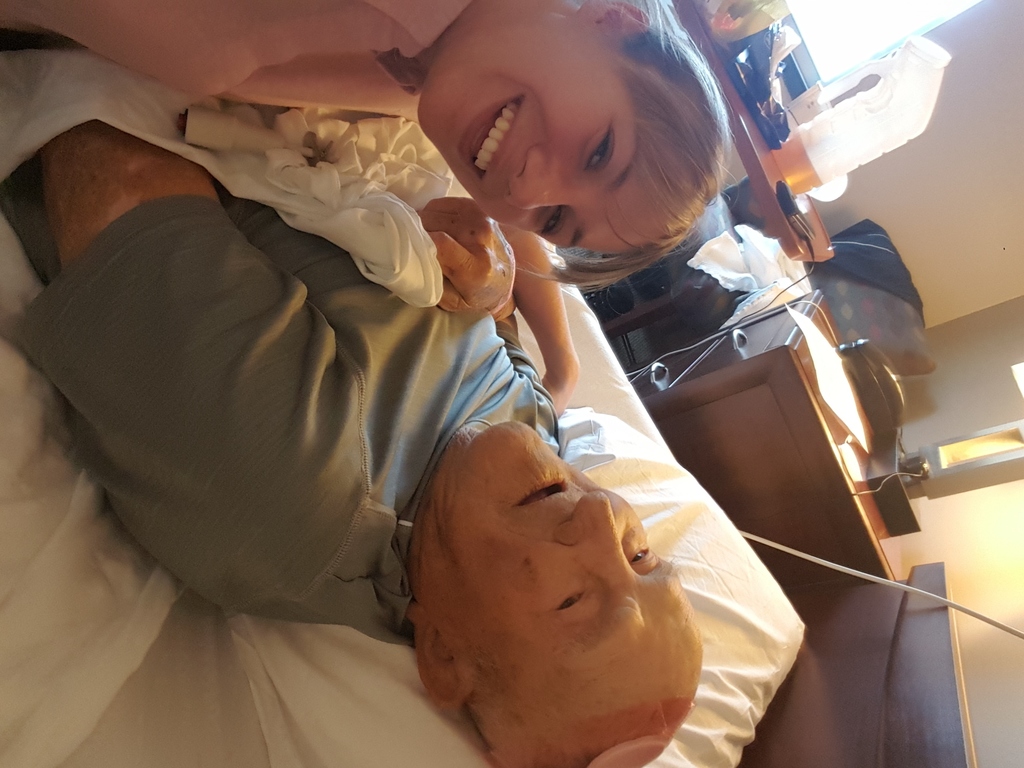 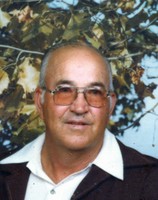 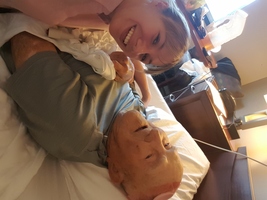