To share your memory on the wall of Stephen Ramsey, sign in using one of the following options:

Print
On the afternoon of Monday, May 25, 2020, Stephen Ramsey, loving husband, father of four and grandfather of twelve, passed away at the age of 76 in his home surrounded by loved ones.

Stephen was born on March 12, 1944 in Vincennes, IN to... Read More
On the afternoon of Monday, May 25, 2020, Stephen Ramsey, loving husband, father of four and grandfather of twelve, passed away at the age of 76 in his home surrounded by loved ones.

Stephen was born on March 12, 1944 in Vincennes, IN to John and Margaret (Gartner) Ramsey. He received his degree from Vincennes University and worked for Rogers Group, even after retirement, for over 55 years in Bloomington, IN. On August 30, 1969, he married the love of his life, Connie Jo Craig. They raised four children, Stacey, Bradley, Laura and Trenton.

Family was Stephen’s priority and he loved traveling to spend time with his kids and grandkids, especially when he arrived with a list of projects to do. He enjoyed his work in surveying and was happiest catching up with friends for early morning breakfasts. He was admired for his strong work ethic, honesty and always had something nice to say about everyone. He was a devoted catholic and never missed mass.

Visitation will be held on Friday, May 29, 2020 at St. John The Apostle Catholic Church from 11:30 a.m. to 1:30 p.m. Mass will be at 1:30 p.m. with interment following at Valhalla Memorial Gardens. In lieu of flowers, donations may be sent to the charity of your choice.
Read Less

We encourage you to share your most beloved memories of Stephen here, so that the family and other loved ones can always see it. You can upload cherished photographs, or share your favorite stories, and can even comment on those shared by others.

the Pan family, Raina jones, and other have sent flowers to the family of Stephen Ramsey.
Show you care by sending flowers

the Pan family purchased flowers for the family of Stephen Ramsey. Send Flowers

Posted May 29, 2020 at 10:58am
Dear Mrs. Ramsey and family,
I am very sad about the passing of Steve and will miss him very much.
Two or three times a year he and I would ride to local land surveyor meetings together. I always looked forward to his company on these trips. I enjoyed his calmness, smile and natural friendly presence.
Professionally, he was always helpful and full of ideas. He was a real steward of the craft.
God bless you all,
Doug Curry

Posted May 28, 2020 at 03:01pm
Stacey your family is in our thoughts and prayers Sent with Love from Jodie, Cathy , and Raina

Flowers were purchased for the family of Stephen Ramsey. Send Flowers 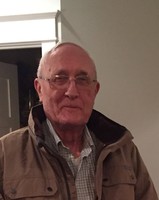 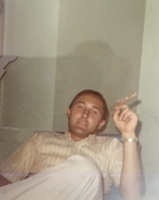