To share your memory on the wall of Billy R. Sturgeon, sign in using one of the following options:

Provide comfort for the family by sending flowers or planting a tree in memory of Billy R. Sturgeon

Provide comfort for the family by sending flowers or planting a tree in memory of Billy R. Sturgeon

We encourage you to share your most beloved memories of Billy R. here, so that the family and other loved ones can always see it. You can upload cherished photographs, or share your favorite stories, and can even comment on those shared by others.

Sarah and David Campbell, Julia, Katherine, Ronda and Judy, and other have sent flowers to the family of Billy R. Sturgeon.
Show you care by sending flowers

Posted Jul 11, 2020 at 06:15pm
I've known Katrina and Bill for about 18 years. We met when Pets Alive was just forming and we were helping prepare for the first animal adoption event downtown. We've been in touch ever since. Bill was such a kind and friendly man. I've enjoyed many visits with him and Katrina over the years. Wishing comfort and peace to Katrina and all the family. Karen Smith (friend)
Comment Share
Share via:
DH

Posted Jul 05, 2020 at 10:05pm
Bill was a true gentleman and friend. May his spirit ascend in painless slumber and may all who mourn be comforted. With Deepest Sympathy to friends and family,
Don Hamilton (brother-in-law)
Comment Share
Share via:
SC

Thank you, Jimmy. We appreciate your kind words about Daddy. 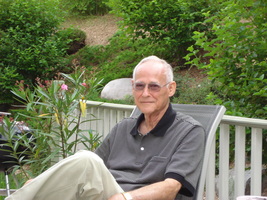