To share your memory on the wall of Sherry Lee Sonneborn, sign in using one of the following options:

Print
Sherry Lee (Wonsidler) Sonneborn died in her home, surrounded by family and went to be with her God in heaven on July 10, 2020. She succumbed to the effects of ALS, aka Lou Gehrig’s disease, four years after diagnosis.
Sherry was born on Apr... Read More
Sherry Lee (Wonsidler) Sonneborn died in her home, surrounded by family and went to be with her God in heaven on July 10, 2020. She succumbed to the effects of ALS, aka Lou Gehrig’s disease, four years after diagnosis.
Sherry was born on April 26, 1952 in Merced, California, the first born to Earl and Kathryn (Daub) Wonsidler, as Earl served in the Air Force.
Sherry graduated from North Penn High School in Lansdale, Pennsylvania. She earned a B.S. in Nursing at the University of Pittsburgh, where she belonged to the Kappa Kappa Gamma sorority. Sherry met Mike Sonneborn at Pitt’s freshman orientation in 1970 and they were married on May 31, 1975 at St. John’s Church of Christ in Lansdale, Pennsylvania. They enjoyed over 45 years of loving married life together.
Sherry followed in her mother’s footsteps as a hospital nurse. She loved spending one on one time with patients, while both tending to their medical needs and listening to their life stories. She worked as an RN in Pittsburgh’s Presbyterian Hospital for 2 years and then at Bloomington Hospital for 28 years on Med/Surg units. Sherry was always the family’s go to medical expert. She retired from nursing to work with her husband in the family HVAC business, Commercial Service. She proudly continued to work through her illness until 2019. Thank you to the kind folks who accommodated her at work as her abilities declined.
Sherry was always active and on the go. She was a member of the First United Methodist Church, where she was a leader in Caring Ministries Bereavement Meals. Sherry and Mike regularly attended St. Mark’s United Methodist Church these past few years. She was a member of Psi Iota Xi philanthropic sorority, served on the board and found pleasure in volunteering at the thrift shop. Sherry was an avid golfer and was a competitive six time women’s club champion at the Bloomington Country Club, where she also served on the board. She could both water and snow ski, passing these passions onto her children and grandchildren. She enjoyed playing mah jong with several different groups. Sherry was a member of two book groups of friends, where she was both loved and loving. Sherry and Mike experienced special travels ranging from a luxury trip in the Swiss Alps to a rugged week long raft trip through the Grand Canyon. Sherry’s happy places included Lake Wallenpaupak in the Poconos, Lake Lemon, the Colorado Mountains, Assembly Hall after a big win, the Landmark Waterway on Marco Island and anywhere her family gathered.
Sherry loved her children and grandchildren with all her heart. Family was everything to her. She was the listener, the nurturer, the matriarch. She was always there supporting her children as they succeeded in school and their professional lives. The weddings of her three children were some of her happiest moments, as each child committed to their life partners.
Sherry and Mike endowed the Sherry Sonneborn Chair for ALS Research in the Indiana University School of Medicine. A gift of research that would never benefit Sherry but with the hope that it will benefit the generations to come. Dr. Brian Pierchala occupies that chair and is investigating genes that stimulate the immune system. We can beat ALS!
Sherry was preceded in death by both her parents. Sherry is survived by her husband, Mike Sonneborn of Bloomington and by her three children, Jason (Jaime) Sonneborn of Centennial, Colorado. Jennifer (Charlie) Laughlin of Bloomington and David (Jesica) Sonneborn of Heltonville. They have six grandchildren. Rice, Hadley and Oliver Laughlin. Leila, Julius and Eloise Sonneborn. Sherry is survived by her brother, Craig Wonsidler (Baerbel) of Perkasie, Pennsylvania and several nieces and nephews.
The family would like to thank Sherry’s loving caregivers, Liz, Gayle, Dawn and Edith. Their patience and compassion helped us navigate this challenging journey. We would like to thank our Hospice team, our essential partners in Sherry’s care, Adina and others too numerous to mention. Sherry’s spirits were lifted by many as the disease progressed. We wish to thank the pastors, Jimmy, the book groups, the mahjong friends, the cooking partners, the visitors, those who brought us food, those who sent cards and especially those who prayed for Sherry.
Sherry was an animal lover. Her faithful dog, Kiley, at her side, providing steady comfort through difficult times. The family asks that any memorial contributions be made to Pets Alive in Bloomington.
Arrangements handled by The Funeral Chapel.
A celebration of Sherry’s life will be scheduled at a later time.
Read Less

We encourage you to share your most beloved memories of Sherry Lee here, so that the family and other loved ones can always see it. You can upload cherished photographs, or share your favorite stories, and can even comment on those shared by others.

Posted Jul 19, 2020 at 06:18pm
I'm so sorry for your loss. Sherry & I worked together @ the hospital. We loved chatting about our kids & what they were involved in @ school. She was a sweet person & loved by her co-workers & her patients. I am so glad that I got to meet & work with Sherry. Praying for you all during this difficult time.

Posted Jul 14, 2020 at 02:09pm
Our thoughts and prayers are with you and your family. Sending our heartfelt condolences.

Flowers were purchased for the family of Sherry Lee Sonneborn. Send Flowers

Posted Jul 12, 2020 at 01:17pm
Mike, Jason, Jennifer and David, so sorry for the loss of your wife/mother. She was a beautiful person inside and out. I've been thinking about the times we were able to spend together either at the lake or at your home. Those times were always just so comfortable and will be cherished. Aunt Sherry will be missed. Love and prayers to you.
Comment Share
Share via:
EL

Mike and Family, I’m so sorry for this terrible please know that Sherry is at Peace. (Probably
Playing Mahong right now). I’ll never forget the times we played Mahong and how she always beat me.❤️🙏 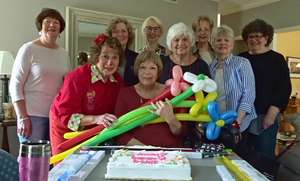 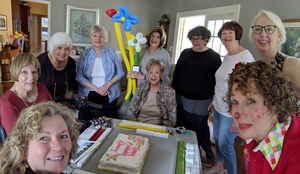 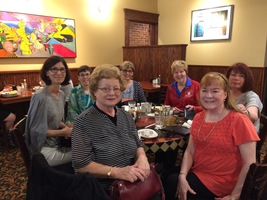