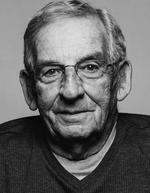 Vince is the eldest son of five siblings, two of which have departed – Robert Sansone (Justine) and Barbara Minett (Russell-departed). He was born on October 1, 1932 into the home of the late Bert and Martha Sansone. He departed peacefully in his home surrounded by the love of his family.
He was a veteran of the US Army. Upon his discharge he joined his father in the family produce business which eventually included both brothers and brother-in-laws until his retirement in 1994.
Vince and Betty celebrated 67 years of marriage and raised 2 daughters, Terri Harding (Mike) and Dana Axsom (Tony). He is Papaw to Clint (Lauren) Harding, Holly (Chris) Dobson, Amelia (Stephen) Sproull and Chad (Acacia) Axsom and great Papaw to Lily, Noah, Gracey, Trenton, Carter, Jacob, Caleb and Griffin.
He was known for his lifelong love of auto racing, having many good times and memories with all his friends at the track and garage. He had a love for God, his family and his country. He was a faithful member of Highland Village Church which he loved and was loved by his church family.
Survived by his wife, two daughters, a brother Michael (Janet) Sansone, and sisters Evelyn McMillan (Tony-departed) and Augustine (Dan) Stillions and many loving nieces and nephews as well as family Steve and Dana Kinser and the Merv/Jeff Pritchard families. Vince leaves a legacy of a great example of generosity and a life well lived. Vince has taken the final lap, crossed the finish line and won the race.
Visitation will be 2-6pm Sunday, August 2, 2020 and Monday 11am-12pm at The Funeral Chapel of Powell and Deckard, 3000 E. Third St. in Bloomington.
Funeral services will be 12pm Monday, August 2, 2020 at The Funeral Chapel with Pastor Andrew King officiating. Burial will follow at Valhalla Memory Gardens.
In lieu of flowers the family requests memorial contributions be made to Back Street Missions of Bloomington.