To share your memory on the wall of Joyce Marie (Hobbs) Wampler, sign in using one of the following options:

Born August 30, 1952, in Brown County Indiana, she was the daughter of Carl and Dorothy (Bales) Hobbs. She married Gary Wampler December 20, 1969 and were members of Sherwood Oaks Christian Church for 45 years. Joyce was owner of Little People’s Daycare for 15 years, co-owner of Wampler Apartment Rentals for 45 years, and retired from Monroe County School after 17 years.

Funeral services will be conducted at 11 a.m. Thursday, August 20, at Sherwood Oaks Christian Church of Bloomington. Tom Ellsworth officiating. Burial services will proceed after at Mount Gilead Church in Monroe County. Friends and family may visit from 4 p.m. to 8 p.m. on August 19 at The Funeral Chapel of Bloomington and from 10 a.m. to 11 a.m. on August 20 at Sherwood Oaks Christian Church.
Read Less

We encourage you to share your most beloved memories of Joyce Marie here, so that the family and other loved ones can always see it. You can upload cherished photographs, or share your favorite stories, and can even comment on those shared by others.

Harry and Therese and Barrow & Tillett Family sent flowers to the family of Joyce Marie (Hobbs) Wampler.
Show you care by sending flowers

Posted Aug 19, 2020 at 01:49pm
Words can’t describe how sorry I am at this loss. The whole family is in my prayers. Joyce no matters the years between seeing each other she always treated me like family. She was truly a blessing to all that knew her.
Lots of prayers and the whole are in my thoughts during this time.
Julie Strickholm Presnell
Comment Share
Share via:
HS

Posted Aug 18, 2020 at 11:13am
Joyce was a true Christian. In John 13:35 Jesus himself said. "By this shall all men know that ye are my disciples, if ye have love one to another." Joyce did that each and every day. She was a cheerful and faithful bus driver. I worked with her at MCCSC, and I best remember her for her tireless efforts in heading up the promotion of a fundraiser for a fellow employee who needed to have a kidney transplant fund established. The young immigrant-bus monitor would have died if the transplant had been delayed due to the lack of needed funds. Joyce saw the immediate need and quickly volunteered to do all she could do to help. Within a month of the close of the school year, that young woman underwent an emergency, life-saving surgery. Joyce not only loved in word, but in deed,
Comment Share
Share via:
MC

Posted Aug 18, 2020 at 08:53am
I met Joyce from her time as an MCCSC bus driver. I am a teacher at Templeton and a mother of 3 now grown children. She would drive my children to Templeton from Jackson Creek when they were students there. They would ride the entire middle school/high school route with her till the bus was empty, ready to be loaded with elementary students. Over the years, each one of my 3 sat in the seat behind her. They got to know her quite well. They loved Ms. Joyce! She also drove them around the state for the Bloomington High School South Panther Regiment band competitions. She had a great laugh, a heart of gold and was a sweet lady. Warmest wishes to her family for strength and smiles as you gather together and share happy memories.
Comment Share
Share via: 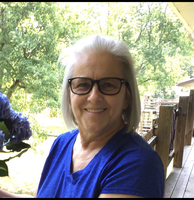