To share your memory on the wall of Gregory John \"Greg\" Hepfer, sign in using one of the following options:

We encourage you to share your most beloved memories of Gregory John "Greg" here, so that the family and other loved ones can always see it. You can upload cherished photographs, or share your favorite stories, and can even comment on those shared by others.

Julie Marker and the CMLLC IT Department, Sarah & Jacqueline Dilts, and other have sent flowers to the family of Gregory John "Greg" Hepfer.
Show you care by sending flowers

Posted Sep 28, 2020 at 08:45pm
I'm so sad to hear of Greg's passing. My sincere condolences to the Hepfer family. I worked side-by-side with Greg at the IU Cyclotron for 4 years when we were both undergraduates there. He knew so much more than I did about electronics, but he was always patient in helping me out, though he would throw in a joking "here we go again" eye roll occasionally. I still have a vivid memory of the two of us finishing assembling a very large array of detectors for a physicist's experiment. We had spent weeks in the basement of the building wiring up thousands of connections. When we started, we didn't know if we were supposed to install the detectors by rows, across then down, or by columns, down then across. We asked our boss several times to come show us so we wouldn't do it all wrong, but he was always too busy, so we guessed. I think we flipped a coin. Weeks later, when the boss came down to see the finished work, it turned out we had guessed wrong, meaning that the whole thing would have to be taken apart and redone. Our boss turned bright red screaming at us, then stomped out. I was really upset, but Greg just shrugged his shoulders and said, "Well, let's get to work." That was Greg, always calm, always moving ahead rather than looking back. His passing is a loss for all who've known him, he was such a friendly, giving person.

This is your friend, Tina, from so long ago. I met you at the Runcible Spoon and you styled my daughter, Hannah's, hair at Macy's for prom.

I am so sorry to hear of the passing of your husband, Greg. I am keeping you and your beautiful children in my heart and thoughts.

Posted Aug 27, 2020 at 08:23pm
My deepest condolences and sympathy to Dale, Nasrin, Adrian and Daniel. I'm in disbelief of just hearing of Greg's passing. I was a neighbor to the Hepfer's but now live in Illinois. I am not surprised by all the memories and stories that people have shared in regards to what a generous, kind and thoughtful person Greg was. He has helped me out on numerous occasions with projects around my house. Greg was very intelligent and and I actually learned quite a bit from him. He was a natural born teacher. I have many memories but I guess the one that stands out is the first time I met Greg and Daniel. A terrible storm had passed through Bloominton and had blown down a couple trees and a lot of branches. Greg and Daniel were walking up and down the street checking on people and offering help with debris clean up. He was a very genuine and thoughtful guy with a serious can do attitude and Bloomington is a better place because of Greg. I'm deeply saddened by Greg's passing. I think one way we can pay tribute and honor Greg's spirit is to help people in our every day lives. You are in my thoughts Dale, Nasrin, Adrian, Daniel and family.
Comment Share
Share via:
MH

Posted Aug 25, 2020 at 08:48pm
I know Greg from his days as an IU student and his development at LK.
I even happened into him, in front of Lindley Hall, on his way to a first date with Nasrin.
(He looked anomalously well dressed, so I asked. He provided no details.)
Greg was always patient and eminently polite. I have sent the link to this
memorial page to my wee lads as an example of how you want to be remembered.

I met and worked with Greg on a few projects at Cook in 2016. I knew very little about the projects, so there was a lot to learn. Greg was very patient and would always take time to answer my questions in a simple and easy way to understand. He was a very calm and reassuring presence to the team.

Greg was a very special person and a blessing to so many people.

Grace & Peace to your family. 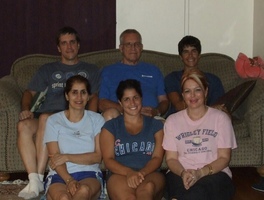 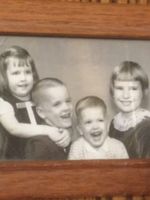