To share your memory on the wall of H. Robert Weddle, sign in using one of the following options:

Provide comfort for the family by sending flowers or planting a tree in memory of H. Robert Weddle

Provide comfort for the family by sending flowers or planting a tree in memory of H. Robert Weddle

Bob was a World War II Army Veteran, very proudly serving from 1942 to 1945 in the Philippines with the 27th Army Engineers. He was a member of the Bloomington American Legion Post 18 for 72 years. He also was a member of the Masons of Indiana, Monroe lodge # 22, for 53 years.

He was a member of Sherwood Oaks Christian church. Bob worked at Ralph Rogers Construction Company for 39 years retiring in 1984. He was a supervisor working with many people in Bloomington building most of the old housing additions. He worked very closely with Howard and Rodney Young.

I.U. Football was one of his great passions, for 25 years. He had worked with the construction of the stadium at the time and they allowed him to pick his own seat in the stands before they were even numbered. Golfing was another love...and he was able to play until about 93 years of age. If you knew him, he always made you laugh and would always come up with something.

We encourage you to share your most beloved memories of H. Robert here, so that the family and other loved ones can always see it. You can upload cherished photographs, or share your favorite stories, and can even comment on those shared by others.

Posted Oct 01, 2020 at 06:48pm
I am so sorry to hear of Bob's passing. He was a great neighbor to have in Old Highland Village! In recent years, I enjoyed seeing him and visiting with him at Cracker Barrel. I will miss those nice talks we had! I am thinking of his family.

Posted Oct 01, 2020 at 04:51pm
Very sorry to learn of Bob's passing. I am a member of the Monroe Masonic Lodge where Bob was a 53-year member. Although I didn't know him personally, his name is known to many of us in our Masonic Lodge. We respectfully pay tribute to our members who have lived long on this earth. Bob will be missed as one of our oldest members. We will honor him with a short memorial service in our Lodge.

Posted Sep 29, 2020 at 04:53pm
I have known Bob since I was eight years old and have been a friend of Janis all these years!
He loved to talk about working @ Rogers & was a proud veteran..
Blessed to have his daughter who took wonderful care of him over these past years!
RIP Bob
Penny
Comment Share
Share via: 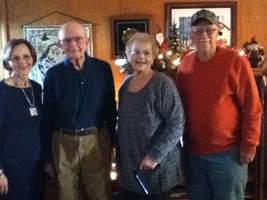 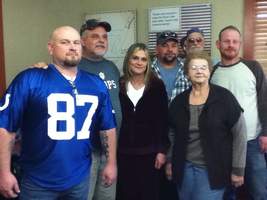