To share your memory on the wall of William Lewis \"Bill\" Carney, sign in using one of the following options:

We encourage you to share your most beloved memories of William Lewis "Bill" here, so that the family and other loved ones can always see it. You can upload cherished photographs, or share your favorite stories, and can even comment on those shared by others.

Jenna Thompson and Jon, Justine and Jameson sent flowers to the family of William Lewis "Bill" Carney.
Show you care by sending flowers

Posted Oct 20, 2020 at 11:33am
Our deepest sympathy for you and your family Billy. The King kids and their families; Jeremiah, Jenna and Zach

Flowers were purchased for the family of William Lewis "Bill" Carney. Send Flowers

Posted Oct 20, 2020 at 07:10am
Billy, Bobbi, and Family We are thinking of you. When someone you love becomes a memory, the memory becomes a treasure.

Our warmest wishes are with the entire Carney family as you mourn the loss of Bill. May all of the good memories and laughs help lift your hearts and carry you through the rough times. Our Bloomington gang has lost one of its last cornerstones, but may our earthly bonds remain. I hope that Bill and Dad are up there bowling, while Shirley adds the laughter and Mom cooks up some treats for the party with Him. 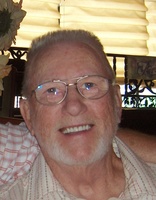