To share your memory on the wall of Adam Tyler Spaetti M.D., sign in using one of the following options:

Provide comfort for the family by sending flowers or planting a tree in memory of Adam Tyler Spaetti M.D.

Provide comfort for the family by sending flowers or planting a tree in memory of Adam Tyler Spaetti M.D.


Adam was born June 1, 1977, in Evansville, Indiana to the late Joe Spaetti and Pat Spaetti. Adam graduated from Evansville North High School in 1995 and began studies at Indiana University as a Wells Scholar, serving as a house assistant to Herman B Wells. In his second semester at IU, Adam devoted his life to the Lord.


Adam graduated with degrees in chemistry and economics and earned a scholarship to the IU School of Medicine, graduating with honors in 2004. He completed a residency in Internal Medicine at St. Vincent Hospital in Indianapolis in 2007 and practiced Internal Medicine at IU Health (formerly Premier Health) in Bloomington from 2007 until his death.


Adam’s greatest joys were his family, tending the sick, and serving as an elder of Trinity Reformed Church in Bloomington. Adam, Dawn, and their children served several weeks on medical mission to Kapsowar Hospital in Kenya. Adam had previously served as a medical missionary in Gabon. Adam was also a founder and board moderator of Cedars Christian School for over a decade.


Through hard work and with love and Christian compassion, Adam served the medical needs of many patients and the community. In addition to a full-time medical practice, Adam served as Public Health Officer for Owen County and was medical director for several nursing homes and Southern Care Hospice.

The funeral service will be held at 11 AM on Wednesday, November 18th at Lifeway Baptist Church (7821 W St Rd 46, Ellettsville, Indiana) and the committal service will follow at the Trinity Reformed Church Graveyard.

In lieu of flowers, memorial contributions may be given to Cedars Christian School Scholarship Fund, 2401 S. Endwright Rd. Bloomington, IN 47403 https://trinityreformed.churchcenter.com/giving/to/cedars-chrisitian-school
Read Less

We encourage you to share your most beloved memories of Adam Tyler here, so that the family and other loved ones can always see it. You can upload cherished photographs, or share your favorite stories, and can even comment on those shared by others.

Kurt Kaufman, Mark Seago and family (Tina, Ethan, Ella, et al), and other have sent flowers to the family of Adam Tyler Spaetti M.D.
Show you care by sending flowers

Posted Dec 22, 2020 at 09:22am
My wife and I were fortunate to have had Adam Spaetti as our primary care doctor, he was a most kind person. we didn't know of his passing until we received a letter from IU Health, we were shocked and saddened by the news. heart felt sympathy goes out to his family. I was remembering at our first meeting as a new patient we talked about our families, he was very proud of his. GOD SPEED Adam!!
Comment Share
Share via:
CB

Posted Dec 10, 2020 at 10:09am
Dr. Spaetti was my mother's GP in the last years of her life--he was a model of kindness in caring for her. I am sorry for your loss. Cynthia Bannon
Comment Share
Share via:

Posted Nov 25, 2020 at 09:26am
I may have met Adam briefly but I knew Dawn for several years in church choir. She also taught me voice lessons after she got married. I heard quite a bit about him from her. Adam sounded like a very good, committed and successful husband, father, and doctor. I know that his faith was central to who he was and helped bring out his compassion and commitment. I will be remembering Dawn and their six children in prayer, particularly at this holiday time when Adam’s absence will be so keenly felt. It is unknowable why he was taken to his heavenly home at such a young age, but all that is with the Lord. Carole MacKay

Posted Nov 24, 2020 at 10:14pm
My husband and I were privileged to have Dr. Spaetti as our primary care physician for the past several years. He was always caring and informative, and helped save my husband's life by referring him to a heart specialist. We are praying for his family, especially for his wife and children.
Comment Share
Share via:
SC

Posted Nov 24, 2020 at 05:37pm
Dr. Spaetti was my primary care physician. He was a very caring doctor. He would take the time to listen to my stories and give advice. He will be greatly missed.
Comment Share
Share via: 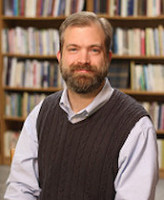