To share your memory on the wall of Vivian Irene (Galyan) Miller, sign in using one of the following options:

We encourage you to share your most beloved memories of Vivian Irene (Galyan) here, so that the family and other loved ones can always see it. You can upload cherished photographs, or share your favorite stories, and can even comment on those shared by others.

Posted Jan 08, 2021 at 02:02pm
Mrs. Miller was the only teacher who took time with me to help me see my potential when I was in high school. I credit her for instilling confidence in myself to do better. It was nice to read that she encouraged her family to travel. She was the teacher who recommended me for a trip to D.C. which changed my life. I hope her family reads this and knows how much she meant to me and how much I still talk about her to my own kids!
Comment Share
Share via:
JM

Posted Dec 26, 2020 at 04:46pm
Thanks Ms. Miller for being a great educator and teacher in the MCCSC school system. I had the honor of being one of her students at Bloomington South during the early 1970s. She cared greatly about her students and challenged them to be the best they can be. I am saddened to hear of her passing. My thoughts and prayers are with all of the family at this time. Rest in Peace Ms. Miller.
Comment Share
Share via: 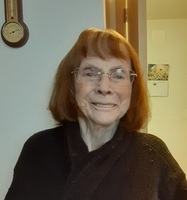