To share your memory on the wall of George H. Richardson, sign in using one of the following options:

Provide comfort for the family by sending flowers or planting a tree in memory of George H. Richardson

Provide comfort for the family by sending flowers or planting a tree in memory of George H. Richardson

We encourage you to share your most beloved memories of George H. here, so that the family and other loved ones can always see it. You can upload cherished photographs, or share your favorite stories, and can even comment on those shared by others.

Posted Jan 01, 2021 at 08:45pm
I was so sorry to hear of George’s passing. I worked with him for many years. He was a great man and friend. Our prayers are with your family.
Randy and Carolyn Turpin
Comment Share
Share via:
TH

Posted Dec 30, 2020 at 10:14pm
I will always remember all the great times I had with my Uncle George. He was a craftsman that made lots of wonderful treasures with stone and glass. Remembering all the fun fireworks on Aunt Betty's birthday, the boat "Betty Lou", Holidays and our times fishing.
Tim Hoard
Comment Share
Share via:
BV

Posted Dec 30, 2020 at 05:42pm
Betty I am so very sorry. My heart breaks for you. I will never forget his laugh or his smile. And he always had $5 for me or Cora. It always made me so happy to see you both at Meme and Grandpa's whenever I was home. You both were always so kind and loving. He will be missed beyond words. I look forward to celebrating his life this summer. Much love to everyone along with strength and peace.
Comment Share
Share via: 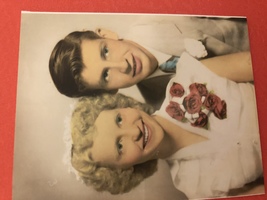 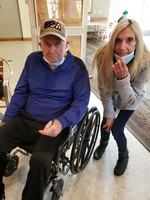