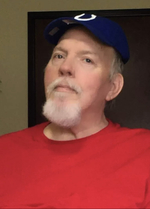 Frankie James “Frank” Hoene, Sr., age 68, of Bloomington, Indiana unexpectedly went to be with his Lord and Savior on Sunday, January 3, 2021. Frank was born in Paducah, Kentucky on May 24, 1952 to Frank and Myrtle (Mobley) Hoene.
Frank married the love of his life, Glennie “Sue” Henderson, at age 17. They were married for 51 wonderful years and had six children together. Frank loved God and instilled the teachings of the Lord in his children from an early age. Frank attended the Apostolic Bible Church in Bloomington that he helped with construction on. He worked with his family excavating business when he was younger. Eventually starting his own septic pumping business. He later worked at Valhalla Memory Gardens as a foreman. He also worked as personal employee for Sarkes and Mary Tarzian in their home, worked for A1 Beverage beer distributors, Indiana Bell, and Yellow Cab Company. He had a true passion for driving and spent 27 years driving a bus for Bloomington Transit. Receiving many awards for driving accident free his entire carrier. Frank retired from Bloomington Transit in 2016. Frank enjoyed going to church, loved listening to Christian music and always reading and writing scriptures from the bible, enjoyed watching his sons, Justin and Bryan in pro wrestling, he loved driving and sightseeing. Frank was a conscientious, trustworthy, selfless and humble man, but more importantly, he was a family man. He greatly loved his family and spending time with them. Frank was so proud to have a huge family.
Frank is survived by his loving family, wife of 51 years, Sue Hoene, children, Frankie “Jay” Hoene, Jr., Shelley Hardin (Timothy), Julie Dillman (Bruce), Nathan Hoene (Stephanie), and Justin Hoene (Heather), daughter-in-law, Tammy Hoene, mother-in-law, Josephine Lile, fifteen grandchildren, six great-grandchildren, siblings, Phyllis Jordan (Freddie), Charles Lee Hoene, Kathy Hoene (Larry), Ethel Brannigan (Kelly), Bobby Hoene (Joyce), and Becky Hoene, brother-in-law, Ancel Black, and several nieces and nephews.
Frank was preceded in death by his son, Bryan Lee Hoene, father, Frank Hoene, mother Myrtle, sister, Carol Black, niece, Sandra Jordan, and father-in-law, Hershel E. Lile, and three infant siblings.
Visitation for Frank will be from 3:00 PM until 7:00 PM on Tuesday, January 12, 2021 at The Funeral Chapel of Powell and Deckard, 3000 E. Third Street Bloomington, Indiana.
Funeral services will be private due to Covid-19 restrictions. The funeral services will be streamed live on The Funeral Chapel Facebook page beginning at 10:55 AM on Wednesday.
In lieu of flowers, donations may be made to The Funeral Chapel of Powell and Deckard to help with the funeral arrangements.