To share your memory on the wall of William Samuel Harrah, sign in using one of the following options:

Bill was a graduate of Bloomfield High School and one of his claims to fame was his first automobile while in high school, a 1945 green and yellow Willys Army Jeep. Many friends enjoyed riding around with Bill in Bloomfield and surrounding Greene County. A man of many trades, he worked hard to provide a home and support for his family. Some of his many trades included owning and operating Phillips 66 service station in Bloomfield, selling cars, building silos throughout the Midwest and being a member of building crew of a Tennessee courthouse. He was an insurance claims adjuster and office manager for Indiana Insurance for 31 years. In retirement, he then worked with local attorneys as a case investigator.
Bill was a member of Bloomfield Lions Club and Elks Lodge for over 25 years. He was a volunteer fireman for the town of Bloomfield. One of the thrills for his daughter, Cathi was riding in the firetruck on the 4th of July to set up for firework display and for his son, Pat, riding in the firetruck as Santa was delivered to his workshop on the square. He also served as President of the Bloomfield Town Board and on the Bloomfield Baptist Church New Building committee.
Bill was also a man who loved fishing, especially week-long excursions to Reelfoot, TN with his Bloomfield buddies and boat in tow. He was also a golfer, and admitted to a Handicap of 15. He not only played with Bloomfield and Bloomington friends but also had many golf vacations with his wife, Sharlene and their good friends. One of his favorite golf vacations was to Palm Springs, California. Bill and Sharlene made annual trips to Florida with couples from Bloomfield and always brought back stories, scrapbooks, and lots of laughs.


A special thank you to the nurses of Advanced Heart Care Center/IUBH, Southern Care Hospice and nursing and physicians at IU Bloomington Hospital, the staff at Redbud Retirement Living and friends and family for their support. He made a point to learn everyone’s name, where they grew up and any other information they were willing to share. Bill loved calling all his caregivers by their first name and having a personal connection with them.

Visitation will be Friday, January 22 from 11 am to 1 pm at The Funeral Chapel of Powell and Deckard in Bloomington. A private service will follow at 130 pm at the Funeral Chapel. Private burial of his remains to be determined at a later date at Prairie Chapel Cemetery in Greene County. Covid-19 restrictions we will be limited to 25 people at a time in the funeral home. In lieu of flowers contributions may be given to the healthcare agency of choice.
Read Less

We encourage you to share your most beloved memories of William Samuel here, so that the family and other loved ones can always see it. You can upload cherished photographs, or share your favorite stories, and can even comment on those shared by others.

Posted Jan 21, 2021 at 10:19am
Cathi,
I was so sorry to read of your dad's passing. He was an incredible man. I hope you and your family are doing as well as can be expected. You are in my thoughts and prayers.
Juanita Jochim
Comment Share
Share via:
JK 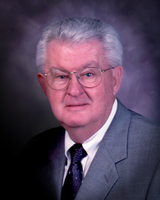 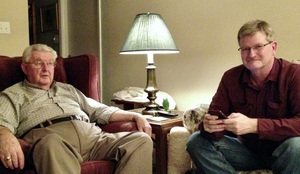 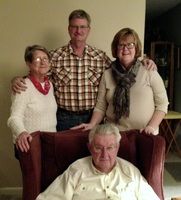