To share your memory on the wall of David Michael \"DFY\" Yonkman, sign in using one of the following options:

Dave will always be remembered by those who knew him for using 488 words to say what could be said in ten words, being perpetually five minute... Read More
David Michael Yonkman died unexpectedly in his Levittown, NY home on Sunday, January 17, 2021.

Dave will always be remembered by those who knew him for using 488 words to say what could be said in ten words, being perpetually five minutes late to everything, his lightning-quick and nearly always wildly-inappropriate wit, and his capacity to love.

David was born in Crown Point, IN, where he lived until he was twelve and where he dreamed of being the first baseman for the Chicago Cubs. He then moved to Fishers, IN where he attended Hamilton Southeastern High School and spent most of his time being a self-proclaimed Star Wars nerd and developing life-long friendships with other Star Wars nerds. He later attended Purdue University.

After college, Dave moved to New York City to pursue a career in film and media within the music industry. He made documentary and concert films as well as digital content. He worked with artists such as Guster, Barenaked Ladies, My Morning Jacket, Willie Nelson, KD Lang, and, most dear to Dave, Kermit the Frog. He was especially fond of his annual gig at the Newport Folk Festival, which was a sort of yearly reunion with his best friends.

Those who’ve known Dave as an adult will know that his largest and most-enduring legacy is his son Jack, for whom Dave’s love knew no bounds. From the moment Jack was born, he was Dave’s entire world. One would often have a conversation with Dave about Jack’s latest baseball achievement or Jack’s hysterical, and often inappropriate, new one-liner. But what Dave ALWAYS talked about was the most recent kind thing Jack had said or done. Jack is the sweetest and most beautiful soul, and Dave was fully aware of it at all times. Being with Jack was the only thing that mattered to Dave and the only thing we know for sure during this difficult time is that no father has loved a son more than Dave loved Jack.

Dave also loved his nephews and niece more than any uncle ever has. Other than Jack, the thing that made Dave happiest was the sound of Leo, Vic, Louie, or Spike laughing. He was a great uncle and those little turkeys were lucky to have him.

Dave is survived by his ex-wife, Kerri Silvestri of Levittown, with whom a marriage did not endure but a mutual love and respect has never ceased.

Visitation for Dave will be Thursday, January 28, 2021 from 4-8 pm at The Funeral Chapel of Powell and Deckard, 3000 E. Third St. Bloomington, IN. Covid-19 protocols will be followed for the visitation with social distancing and no more than 25 people in the funeral home at one time. Thank you for your understanding and patience.
Graveside services for Dave will be 2 pm Saturday, January 30, 2021 at Valhalla Memory Gardens, 310 N. Johnson Ave. Bloomington, IN.

In lieu of flowers, the family requests support for Jack’s future or donations to the Newport Folk Festival Foundation. https://secure.newportfestivals.org/np/clients/newportfestivals/donation.jsp?forwardedFromSecureDomain=1&campaign=107

The word immediately preceding this sentence marked the 488th word of this obituary. Let us say it in ten: We miss you. We love you. We will never stop.
Read Less

We encourage you to share your most beloved memories of David Michael "DFY" here, so that the family and other loved ones can always see it. You can upload cherished photographs, or share your favorite stories, and can even comment on those shared by others.

Posted Jan 30, 2021 at 10:49am
I volunteered in the guidance office at HSE one year. Dave was there when I was (senior) We talked always. He told me about his plans...Obviously he carried thru with his dram ( which makes me smile). Fast forward to a swim meet....I saw him there and was disappointed that he didn't acknowledge me w even a wave? Got home and told my daughters......"probably wasn't Dave" she said . I had no idea there was a twin. I KNEW Dave would have waved back. I am SO VERY sorry for your pain. He was a NICE guy. Mary Goodson ( Bloomington)
Comment Share
Share via:
HS

Flowers were purchased for the family of David Michael "DFY" Yonkman. Send Flowers

Posted Jan 28, 2021 at 07:37am
Thinking of you and your entire family during this incredibly difficult time. Our deepest sympathies are with you.

Posted Jan 26, 2021 at 06:10pm
Please accept our most heartfelt sympathies. Our thoughts are with the entire family during this difficult time. Ivy Tech - Bloomington 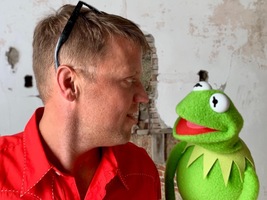