To share your memory on the wall of Jeffrey Gaer, sign in using one of the following options:

Print
Jeffrey K. Gaer, 57, of Indianapolis, IN died on Tuesday, February 9, 2021, after a long battle with cancer, at his family home surrounded by his loving family.

Jeffrey was born on September 30, 1963 and grew up in Bloomington, Indiana... Read More
Jeffrey K. Gaer, 57, of Indianapolis, IN died on Tuesday, February 9, 2021, after a long battle with cancer, at his family home surrounded by his loving family.

Jeffrey was born on September 30, 1963 and grew up in Bloomington, Indiana. He graduated from Bloomington High School South in 1981 and went on to serve his country in the United States Coast Guard for 15 years. He was honorably discharged in 1996.

Jeff, as many friends have stated, was one of the “good guys”. He loved his family fiercely and was a loyal and generous friend. Always the jokester, he loved to tease and torment his little nephews. But he would do anything for his family. Especially his mother, he honored her with his love and devotion to his dying day. He was a Corvette enthusiast and belonged to the Hoosier Corvette Club. He enjoyed many events and outings with his friends from the club. He also enjoyed racing and could be found around the Indianapolis 500 track a lot during the month of May. But his constant companion was his beloved dog Lexi. Jeffrey will forever be loved, missed and remembered for his humor and his kindness to all of those he cared about.

A funeral service with military honor guard present will be held on Wednesday, February 17, 2021 at Valhalla Memory Gardens Chapel, 310 N. Johnson Avenue, Bloomington, Indiana, 47404. Due to COVID-19 restrictions, this will be a private family service only.
Read Less

We encourage you to share your most beloved memories of Jeffrey here, so that the family and other loved ones can always see it. You can upload cherished photographs, or share your favorite stories, and can even comment on those shared by others.

With love, Kayla Coatie (BUGS) sent flowers to the family of Jeffrey Gaer.
Show you care by sending flowers

Posted Feb 17, 2021 at 08:17am
My deepest apologies. I am praying for peace, sustainability, and an overwhelming love for you and your family.

Posted Feb 15, 2021 at 10:56am
On behalf of the Coast Guard Tactical Law Enforcement Association, please accept our condolences. Jeff was our Brother, and he will be missed.

Flowers were purchased for the family of Jeffrey Gaer. Send Flowers 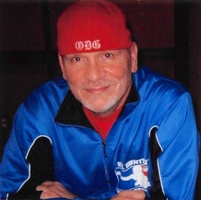