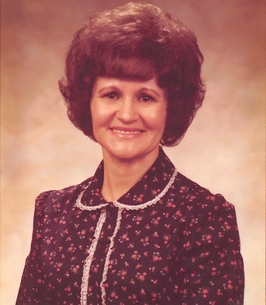 Rowena Cowden passed away peacefully under Hospice Care on February 12, 2021 at Bloomington Hospital. Rowena was born June 5, 1935 in Lawrence County, Indiana. She was the daughter of Olin Hawkins and Dorothy (Deckard) Hawkins. Rowena was a tireless worker, she was employed at RCA for several years, retiring in 1978. Raised in the depression era, she learned early on the value of a dollar and was extremely frugal. Through savings and investments, she eventually became a successful business woman, owning several businesses in the Bloomington area.
A lover of music, and a devoted Elvis fan, she displayed Elvis memorabilia throughout her home. She loved her Elvis.
In the 1950’s, Jam Sessions were held in various locations around downtown Bloomington. Rowena would head downtown on Saturday nights to sing at these sessions. She was always bringing home autographed pictures of those who had envisions of obtaining a recording contract. One friend (Bobby Helms) achieved his goal. She was a people person and loved being in the midst of a crowd, fellowshipping and reminiscing of days gone by. She enjoyed gathering around the table at her mothers’ home for dinner. She would brag to others what a wonderful cook her mother was. To her, no one could cook like her mom. There are many wonderful memories of Rowena. She will be missed by all who knew and love her.
Rowena was of Pentecostal faith.
Rowena is survived by two sisters, Velma Hamm of Bloomington, and Darlene Lovings of Spencer. And several nephews, nieces, cousins, and one aunt.
She was a loving and nurturing mother to her son, Ronald who preceded her in death this past December. She was also preceded in death by her parents, three brothers, Birtle Hawkins, Berlin Hawkins, and Noble Hawkins, a sister, Dorval Hawkins, paternal grandparents, Grover and Pearl Hawkins, maternal grandparents, Lee and Levesta Deckard, and several aunts, uncles, nephews, nieces, and cousins.
Visitation will be from 11:00 AM until 1:00 PM on Tuesday, February 23, 2021 at The Funeral Chapel of Powell and Deckard, 3000 E. Third Street Bloomington, Indiana.
Funeral services will be private due to Covid-19 restrictions, but may be viewed through The Funeral Chapel Facebook page beginning at 12:55 PM on Tuesday. Pastor Brie Lycan will officiate.
Entombment will follow at Valhalla Memory Gardens.
In lieu of flowers, donations may be made to Paralyzed Veterans, Wounded Warriors, or Riley Children’s Hospital.
The family would like to extend a thank you to the medical staff on 3 South at Bloomington Hospital and the Comfort Care Nurses for the exceptional care and compassion extended to Rowena.