To share your memory on the wall of Richard \"Dick\" Sellars, sign in using one of the following options:

We encourage you to share your most beloved memories of Richard "Dick" here, so that the family and other loved ones can always see it. You can upload cherished photographs, or share your favorite stories, and can even comment on those shared by others.

Posted Apr 12, 2021 at 07:51pm
Dick, you will be missed. I still remember the good ole days when we used to go out after working all day and just having a good time with our friends. I remember when you took me up in the skies and flying over my house and enjoying a beautiful day. You were my buddy and my friend. Now it is time for your angels wings and you can fly forever.
Lynne Hobbs

Posted Apr 12, 2021 at 09:53am
Fly high Richard. You have earned your wings. Larry Hoppes, Kent Anderson, Norman Rich, and your friends at the Great West Casualty.

Sentiments of Serenity Spray was purchased for the family of Richard "Dick" Sellars. Send Flowers

Posted Apr 12, 2021 at 09:51am
Dick and I both were in the class of 1960 at Bloomington High. The school was located where seminary square is now on 2nd street. His mom Wanda worked at the Herald Telephone newspaper (now the Herald Times) with my mom Doris Combs. I remember going rabbit hunting with Dick and his Dad when we were in Jr, high. I remember Dick as a smart guy who loved airplanes. Class of 1960 numbers are dwindling. Condolences and best wishes to his family. 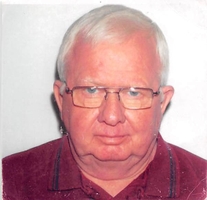