To share your memory on the wall of Edward Goodman, sign in using one of the following options:

Ed’s work experience began with a short career in advertising agencies in Raleigh and New York City, followed by teaching in Oklahoma City Public Schools and the University of Nevada, Reno. He then became a Librarian at both I.U.P.U.I. and Southern Illinois University. Ed had a substantial career at Syracuse University Library, living in Syracuse for 31 years.

He married Ellen Stone in 1980. In 2008 he and Ellen moved to Bloomington. All told, Ed lived in 8 states and visited 47 states and 15 foreign countries. His favorite home was Syracuse, where he greatly enjoyed the waterfalls, hills, mountains and lakes of upstate New York. He also loved Reno, with its great views of the Sierra Nevada Mountains.

Ed enjoyed writing and while in college, worked for a summer as a reporter for his hometown newspaper. Later, he was a contributor to two editions of a major reference book for Librarians. He liked hiking and snowshoeing during upstate New York winters. Other interests included college lectures, concerts and theater in Bloomington, as well as university athletic events. He enjoyed attending induction ceremonies at the Baseball Hall of Fame and the Boxing Hall of Fame in New York State. Ed read extensively until he suddenly became blind in 2019.

Ed was a lifelong Democrat and a member of Congregation Beth Shalom, Mensa, The Sierra Club, The Adirondack Mountain Club and the NAACP. He served as Secretary of the Washoe County (Nevada) ARC.

He appreciated humor (particularly his own).

A memorial service will be scheduled at a later date. In lieu of flowers, contributions may be made in his memory to: Congregation Beth Shalom, 3750 E. 3rd St., Bloomington, IN 47401.

The Funeral Chapel of Powell and Deckard is handling arrangements.
Read Less

We encourage you to share your most beloved memories of Edward here, so that the family and other loved ones can always see it. You can upload cherished photographs, or share your favorite stories, and can even comment on those shared by others.

Posted Apr 22, 2021 at 11:09am
We are thinking of you during this difficult time. With deepest sympathy,

Posted Apr 22, 2021 at 09:04am
Ed was a great library colleague at the Bird Library of Syracuse University. A sceptic with a dry sense of humor I remember him well and valued his opinions and knowledge of books.

Posted Apr 16, 2021 at 07:01pm
Sincerest love and condolences to the wonderful Goodman Family. We are better people for knowing Mr. Goodman and his legacy of enrichment.

Posted Apr 16, 2021 at 11:05am
I have fond memories of Ed dating back to our childhoods. We saw each other nearly every week as children as our grandmother lived with his family. I'm so sorry that the family has lost him. My deepest sympathy to you all.
Comment Share
Share via:
H 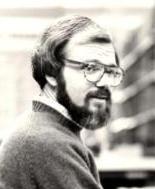