To share your memory on the wall of Terry Hayes, sign in using one of the following options:

Terry served as President of Smithville High School Alumni Association for a number of years. He had a special fondness for the school and never forgot Smithville and his many friends there. He had many stories about playing basketball as a “Skibo.” After graduating he enrolled at Indiana University and made the freshman basketball team. Unfortunately, due to an injury his career was short, but he always remained loyal to IU and their sports programs, especially the basketball program.

Terry also served in the US Army Reserves.

Terry was President of Hayes Chevrolet, Oldsmobile & Pontiac and served on the General Motors Dealer Council for several years. After selling the dealership, he started Hayes Group becoming an independent dealer of specialty vehicles and a residential home builder.

He and his wife Gloria loved to travel, if only taking short trips. Terry loved to seek out little, out of the way eateries. Terry was an automobile enthusiast, and especially loved the Corvette. He also loved architecture and on their travels always tried to find the old historic districts.

Terry had a big heart and felt it was a privilege to help the less fortunate. He never met a stranger and his stories will be missed by his family and many friends.

We encourage you to share your most beloved memories of Terry here, so that the family and other loved ones can always see it. You can upload cherished photographs, or share your favorite stories, and can even comment on those shared by others.

With love from your SIP Clarizz family sent flowers to the family of Terry Lee Hayes.
Show you care by sending flowers

Posted May 03, 2021 at 01:46pm
We are so sorry for the loss of a great classmate . We all went to Smithville High School together. Terry was also a realitive of mine.
Comment Share
Share via:
BS

Posted May 01, 2021 at 07:13pm
We have many fond childhood memories of Terry and the Hayes Family.
Mickey, Karl, Larry, Terry & Brenda Kinser
Comment Share
Share via:
LA

Posted May 01, 2021 at 12:36pm
Loved Spending the time with them we had Lots of Fun and Laughs,! We Have A Lot of Special Memories with them , Boating , Looking at Houses, And Most Of All SHOE SHOPPING !! Terry’s Shoe Collection Exceeds More Than Most Shoe Stores 😂
He will be Missed but he Is Out Of Pain 🙏🙌😢🥰
Comment Share
Share via:
AM

Posted May 01, 2021 at 02:17am
My sincere condolences to Terry's beloved wife and the family. Loss is never easy, so I hope behind each tear shed you'll find a memory that will put a smile back on your face. It's comforting to know that Terry is resting peacefully in God's loving care. Isaiah 25:8; Psalms 37:29
Comment Share
Share via:
WF

With love from your SIP Clarizz family

With love from your SIP Clarizz family purchased flowers for the family of Terry Hayes. Send Flowers 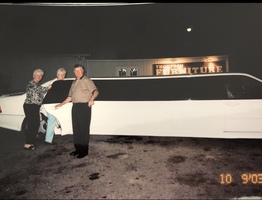 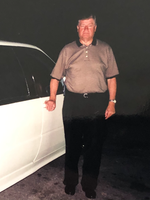