To share your memory on the wall of Gary D. McGriff, sign in using one of the following options:

Provide comfort for the family by sending flowers or planting a tree in memory of Gary D. McGriff

Provide comfort for the family by sending flowers or planting a tree in memory of Gary D. McGriff

We encourage you to share your most beloved memories of Gary D. here, so that the family and other loved ones can always see it. You can upload cherished photographs, or share your favorite stories, and can even comment on those shared by others.

Posted Jun 16, 2021 at 08:16pm
Hello Lori and family. I wanted to express my deepest sympathy on Gary's death. I'm sure he enjoyed being around family and grand children. Hopefully happy memories will help sustain you in your grief. Keeping you and your family in my thoughts.
Frida Cannon
Comment Share
Share via:
HS 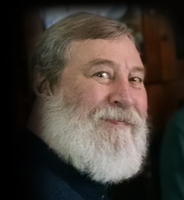