To share your memory on the wall of Shirley Ann McClaren, sign in using one of the following options:

We encourage you to share your most beloved memories of Shirley Ann here, so that the family and other loved ones can always see it. You can upload cherished photographs, or share your favorite stories, and can even comment on those shared by others.

Posted Jun 11, 2021 at 12:13pm
Shirley was always a favorite cousin to us Arcola kids! When we would visit the farm, she would spoil us rotten, giving us undivided attention and coming up with fun activities to do on the farm. Shirley was always so patient with us and fun - loving to be around! She always made us feel so very loved, welcomed, and important, as did the entire family❣️She is a special Angel to greet us in Heaven when our time comes.
Comment Share
Share via:
HS

Posted Jun 11, 2021 at 06:06am
To kathy, sorry for your loss. Praying for you during this difficult time. Mike and Mallory Simmons, and Jeremy.

Flowers were purchased for the family of Shirley Ann McClaren. Send Flowers

Posted Jun 09, 2021 at 11:51am
With deepest sympathy. Aunt Shirley was one of a kind. We will miss her generous heart, her full laugh, and her big hugs. 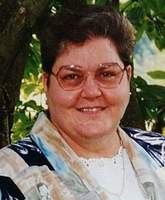