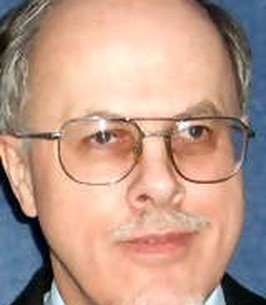 Gary Wayne Charbonneau, age 71, of Bloomington, Indiana, passed away peacefully at his residence on September 21 after a courageous three-year battle with cancer. Born January 17, 1950 in Alexandria, Minnesota, he was the son of Gerald Louis and Jerdis Louise (Larson) Charboneau. He was an enrolled member of the White Earth Nation and the Minnesota Chippewa Tribe. A 1968 graduate of William Kelley High School in Silver Bay, Minnesota, he also held a B.A. degree in history from the University of Minnesota Duluth, a master’s degree in history from Kansas State University (1974) and a master’s degree in library science from Indiana University Bloomington (1978). A Librarian Emeritus at Indiana University, Gary worked in the IU Libraries for 39 years before retiring in 2017 from his position as Systems Librarian in Library Technologies.
Within the community, his concern over the local impact of the global decline of petroleum production led to his appointment on the Bloomington Peak Oil Task Force (2007-2008). His desire to serve the community was further demonstrated in the 2011 primary election where he ran alongside three other Democrat candidates for the District 3 seat on the Bloomington City Council. An avid reader and lifelong learner, Gary spent much of his free time studying military history, with a focus on the Napoleonic era, the American Civil War, and World War II. Two of his greatest pleasures in life were exploring Civil War battlefields and playing historical wargames. Despite his very quiet and serious demeanor, Gary was well known for his quick wit, sense of humor, and ability to bring laughter to those around him.
Gary is survived by his wife of 22 years, Mechael (Crawford) Charbonneau; daughter Skyler (née Danielle) Charbonneau and grandson Kai Charbonneau of Fairview, Oregon; stepson John Gage of Bloomington; stepdaughter Jessica Gago of Portland, Oregon; two sisters, Geralyn Burros of Evansville, Minnesota and Julie Mockler of Duluth, Minnesota; one sister-in-law Nicole (Danny) Hollander of Nashville, Indiana; one nephew, Graig (Renee) Jacobson; four nieces, Galea Jacobson, Shannon (Steve) Swanson, and Abigail and Aubrey Hollander; and former wife and mother of Skyler, Sharon Charbonneau. He was preceded in death by his parents and brother-in-law Harlan Burros.
A gathering of family and friends will be held on Tuesday, September 28, from 3:00 p.m. to 7:00 p.m. at The Funeral Chapel of Powell and Deckard, 3000 East Third St., Bloomington, Indiana.
In lieu of flowers contributions may be made to the American Cancer Society or the American Battlefield Trust (https://www.battlefields.org/help-save-battlefields).