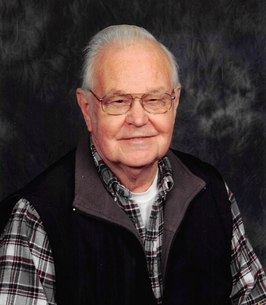 Richard “Rick” Cardwell Morris, age 83, of Bloomington, Indiana left this world after a battle with cancer on Wednesday, October 20, 2021. He was born on January 26, 1938 in Chicago, Illinois to Roy and Virginia (Cardwell) Morris.
Rick was retired from Otis Elevator, and in the late ‘60s and early ‘70s, he owned and operated the Ellettsville Laundromat on the corner of Sale and Vine Streets. In his retirement years, he became interested in genealogy and spent many hours researching and collecting information, which his family is most appreciative.
Rick married Violet (Thompson) Livingston on October 16, 1965 at the Fairview United Methodist Church in Bloomington, and they had many wonderful years together.
He is survived by his wife, Violet; stepchildren, Robert Livingston (wife, Donna) and Rita Bruce (husband, Dale); sister Marjorie Bowman; daughter Marie Morris; step-grandchildren, Bobby Gene Livingston, Mike Livingston, Tammy (Livingston) Snider, and Danny Livingston; as well as several step-great-grandchildren and nieces and nephews.
He was preceded in death by his parents; siblings, Barbara Smith, (Ralph) David Morris, and Phyllis Brinegar; stepson Ronald Livingston; and step-granddaughter Tabitha Livingston.
The family wishes to thank Bell Trace and Southern Care Hospice for their care and support of Rick.
The Funeral Chapel of Powell & Deckard, 3000 E. 3rd Street, Bloomington, Indiana, is in charge of arrangements. Due to Covid, there will be visitation on Friday, October 22, from 4:00 P.M. to 7:00 P.M. at the funeral home without family greeters. A private family funeral will be held on Saturday, October 23, at 10:00 A.M. with Pastor Pat Arthur officiating. Burial will be at the Solsberry Cemetery.
Love and miss you , Rick.