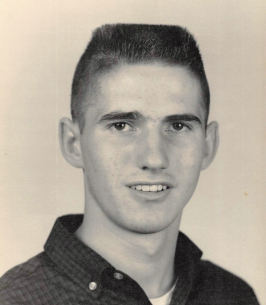 Tom McMurry, 77, of Bloomington passed away on Monday, December 20, 2021 at St. Vincent Hospital in Indianapolis.

Tom was born October 25, 1944 and was the son of the late George and Dorothy (Cox) McMurry. Tom was a graduate of Bloomington High School. Tom was a bus driver for MCCSC for 44 years along with his wife Marsha. He also owned and operated the Clark Gas Station at Grimes and Walnut for 17 years; he cooked at the Moose Lodge for 20 + years and delivered fuel for C&S for 20 + years. Tom had a love of model trains and enjoyed spending time with his family, especially his granddaughters Hannah and Whitney who he was very proud of their careers and accomplishments.

Tom married Marsha Hayes and they were married for 55 years before her passing in 2020. Together they had two daughters that survive, Annette (Lance) Nunn and Tommie Jo (Chris) Baxter; granddaughters, Hannah and Whitney Nunn; and brother Richard (Shirley) McMurry; and brother-in-law, Wayne Trowbridge.

Tom was preceded in death by his wife Marsha McMurry; sister, Judy Trowbridge and his parents.
Tom’s family will receive friends on Thursday, December 23, 2021 from noon until 1 pm at Burgoon Baptist Church.

A memorial service will follow at 1 pm with Pastor Harold Godsey officiating.

In lieu of flowers, donations may be given in Tom’s memory to Burgoon Baptist Church.