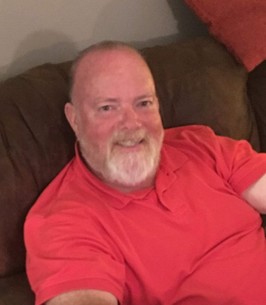 William “Bill” Nicholas Carney, 61 of Bloomington, passed away on Tuesday, January 11, 2022 at Monroe Hospital, with his loving family at his side. Bill was born September 16, 1960 in Elizabeth, New Jersey and was the son of the late William Lewis and Shirley Esther (Spata) Carney.

Bill moved to Bloomington when he was 5 years old with his parents who relocated here with Otis Elevator. Bill was a graduate of Bloomington North High School and worked for over 40 years with Carlisle Industrial Brake and Friction.

To know Bill was to love him and he always made you feel like you were the most important person in his life when he was around you. Whether it was a bear hug or just a pat on the back Bill was a friend to all. Bill was a member of the Sons of the American Legion, AmVets, and the Elks Lodge #446. Bill’s love of all things sports especially, golf, basketball and softball carried over to him being a coach with various teams throughout the years. He was a volunteer with the Monroe County Special Olympics, where he was named Indiana Coach of the Year in 2015.

Bill married Bobbi (Kampf) Carney on August 9, 1980 and they enjoyed over 41 years of marriage. Bobbi survives along with their children; Ben (Shea) Carney, Amanda (Schyler) Memering, and Jayme Carney; 3 grandchildren that call him “Pop Pop”, Nolan, Savannah, and Beau; and his sister, Christine (Gary) Bailey.

Bill was preceded in death by his parents.

Services will be at 12 pm Saturday, January 15, 2022 at Redeemer Community Church with Pastor Chris Jones officiating. Burial will follow at Valhalla Memory Gardens.

In lieu of flowers donations in Bill’s memory may be given to the Leukemia and Lymphoma Society or the American Diabetes Association.