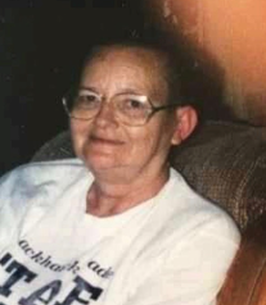 Ina Jean Collins, 81 of Indianapolis, originally of French Lick left this life on Wednesday, January 26, 2022 at Franciscan Hospital in Mooresville while surrounded with love by her family.
Ina was born on July 28, 1940 in Hazard, Kentucky to Albert and America (Sewell) McAfee. She married Bruce Collins on October 19, 1962 and he preceded her in death in 1992.
Ina was preceded in death by her parents, husband Bruce, two brothers, Willard and Leonard, two sisters, Shirley and Jean (Maggie), and two grandsons, Jerick Lee and Jayton Lance.
She is survived by her four children; Doug of Indianapolis, IN, Sandy (Tony) of South Carolina, Missie (Mike) of Indianapolis, IN and Janet of Bloomington, IN.; grandchildren, Jordan, Mary, Kira, Jacob, Tarian, Zayne, Clinton, Tyler and Alex and great grandson, Grayson. She is also survived by her two sisters, Billie and Alberta and two brothers, Adrian and Daniel.
Ina spent many hours as a “band mom” during her children’s teenage years and had a great many kids calling her “mom”. At the time this was one of her greatest joys. She still talked about her “band kids” up to the time of her death.
Per her wishes, Ina will be cremated. Her family will be holding a Celebration of Life for Ina in May, 2022.
In lieu of flowers, the family requests that you make a donation to the charity of your choice in her name.