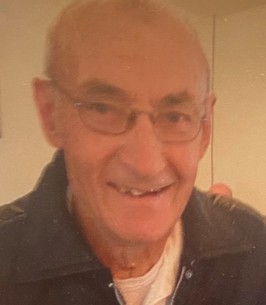 Harvey Edward Duke was born Jan. 24, 1934, in Bloomington, Indiana to Frank and Nora Duke. He passed away peacefully Thursday, Feb. 17, 2022 in the home that he built at the age of 18, surrounded by his loving family.

He is proceeded in death by his beloved wife of 68 years, Betty Lou Duke, to whom he affectionately referred to as “Sweetie,” and their grandson Joshua Duke of Bloomington, IN. He is survived by his sister, Phyliss Grubb of Heltonville, IN; his three children, Greg Duke (Joy) of Springville, IN, Scotty Lou Duke (Corina) and Lana Duke, both of Bloomington; his three grandchildren, Jenny Carson (Chris) of Nashville, Tennessee; Toby Arthur (Kayla) and Heather Cain (Jarrod), both of Bloomington; along with six great grandchildren and four great-great grandchildren.

Harvey and Betty Lou were instrumental in raising six additional children under their roof, including brother-in-law Rodney Johnson and granddaughter Jenny. His family was Harvey’s most prized possession. His wish for every holiday was to have everyone together, eating a big meal. The grandchildren were always guaranteed a great time on the family farm. Harvey would often return from a livestock sale with baby goats or cattle, simply to allow the grandkids to feed the baby animals from bottles during the kidding or calving season.
Harvey was a self-taught limestone planer by trade for more than 30 years at Midland Cut Stone. During his tenure he was commissioned to help create some of the most well-known buildings in the world, including the Historic Ryman Auditorium in Nashville, Tennessee, several high-rise hotels in Dubai and countless projects around the world and within his home state of Indiana. He could engineer nearly any tool quickly and was thus known for his favorite phrase, “If you don’t have the right tool, make it!”
A love of service and hospitality toward others defined Harvey’s life. He was always ready to lend a hand and brought people together with hog roasts and square dances. Over the years he was found at regional square dances and attending various cattle and livestock sales in the area.
He was also an avid outdoorsman who loved bluegill fishing on Lake Monroe, hunting mushrooms or running fox hounds all over the Salt Creek area. Harvey also loved IU basketball, especially during the Bobby Knight era, and never missed enjoying a game with a cold Pepsi and his homemade brown paper sack popcorn.
Harvey was a warm, giving and loving man who will be deeply missed.

The family wishes to offer their sincere, heartfelt thanks to Premier Hospice—especially
Jamie, Heather and Yvonne—who were lovingly dedicated to his care and wishes in his final days.

Services will be on Thursday at 11 am at The Funeral Chapel with Brother Bruce Kelly officiating. Burial will follow at Knightridge Cemetery.