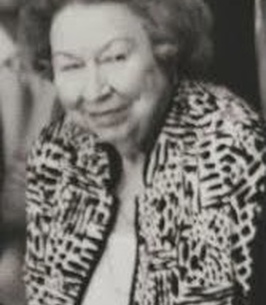 Mary Lou (Arant) Rhoades was peacefully received home by The Lord on April 8, 2022 in Bloomington, IN. She was the daughter of Shala Henry and Mary Lou Arant, born August 4, 1926 in Orangeburg, SC.
During their 71-year marriage, Mary Lou was the helpmate to her husband Billy E. Rhoades (PhD Mathematics, Professor Emeritus, Indiana University), a devoted Mother, dedicated friend to many and a longtime member of United Presbyterian Church (PCUSA), Bloomington. She was preceded in death by her husband Billy, daughter Mary Fern Blair, parents and her only sibling S. H. “Buddy” Arant.
She is survived by her son Raymond (Ray), his wife Martha and her grandchildren Carolyn and Paul; her sister-in-law Hulda Arant, niece Carol Matthews and husband Dr. John Matthews, their three children Michael, Katherine, and Melanie and their 5 children all of whom viewed Mary Lou as a loving “bonus” grandmother.
Mary Lou was strong in her faith and would regularly quote scripture and traditional hymns and psalms even during her nearly five years of suffering from dementia and, ultimately, Alzheimer’s disease.
A memorial service will be held in late September at the United Presbyterian Church, Bloomington. In lieu of flowers, please consider a donation to United Presbyterian Church or the Alzheimer Foundation.
Quoting Mary Lou: “Jesus was there, Jesus is there...”