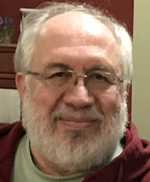 James D. Schlick, of Bloomington, IN drew his last breath on Saturday, April 23, 2022 and embarked on his final journey. Jim was born March 24, 1948 in Charles City, IA to loving parents Donald and Velma (Heitz) Schlick and grew up on the family farm, helping to raise hogs, cattle, chickens, one dog, a herd of cats, and his sometimes pesky younger brother, Paul. Farm life taught him the values of hard work and pitching in to help others, traits he exhibited throughout his life.
Jim hiked down the gravel road to a one-room country school through 3rd grade and later graduated from Charles City High School. He studied engineering at Iowa State University. While his GPA suggested he may not have fallen in love with engineering, he did fall for Pamela Dreasler. In 1970 he gained his engineering degree and in 1971 his life partner.
Jim began his career at the then-named Naval Ammunition Depot near Crane, IN. One of his many tasks was to teach short courses provided by the Kepner-Tregoe consulting company who trained on-site trainers to teach them. He eventually went to work for K-T and he and Pam moved from Bloomington to the Philadelphia area closer to the home office in Princeton, NJ. He traveled worldwide as a K-T management consultant, retiring after 31 years in 2013 as Vice-President and part owner but kept working part-time on a few K-T projects for a while.
Pam and Jim pursued several hobbies. They drove and eventually collected older Peugeot automobiles because Pam’s family had one when she was growing up in central Iowa. They eventually owned over a dozen and were very active in Peugeot groups both online and in person. They were also avid Harley-Davidson riders. Jim had consulted for K-T at a Harley plant and ended up buying one. In 1993 he took Pam to the H-D 90th birthday celebration in Milwaukee and soon after she had one, too. They loved to ride together and were big supporters of the MDA “Ride for Life” charity through their local H-D dealer where they were active in the Harley Owners Group.
Their lives changed when Pam was diagnosed with breast cancer in 2004. It seemed to be controlled but later spread and they moved back to Bloomington in 2006 to be near close friends. Their two kittens, Tux and Callie, came with them. Love for cats was a common theme in their lives.
Jim’s world was upended when Pam passed in late 2007. But he persevered, with the support of Tux and Callie and good friends. He continued to travel like he and Pam had loved to do. A highlight was the trip with friends to the Peugeot Museum in France. Every fall he hosted “Pam’s Fall Car Meet” in her honor which was an excuse to get his Peugeots out of the shed and for friends to park their cars on his lawn and spend an afternoon socializing.
Jim’s life took another turn for the worse in 2014 when he was hit from behind on the highway by a distracted young driver and crashed into a rock wall. After a lengthy hospital stay, surgeries, and much therapy he was able to return to independent living but needed help and never fully recovered his mobility. He used a walker or wheelchair most of the time and tired easily. He could drive and took some short driving trips but never flew or rode his Harley again. Still, he did the best he could and kept a positive attitude. But ongoing health issues and lack of mobility eventually led to atrophy of his body and mind and his passing.
Jim was preceded in death by his parents and wife Pam. He is survived by brother Paul (Judy) Schlick, brother-in-law Paul “Herb” Dreasler and partner Becky Mounsdon, cherished nieces Quinn Dreasler (Chris Werle) and Malory Dreasler (Brian Dahinden) and their children, as well as a multitude of friends and relatives near and far who will greatly miss his kindness and wit.
A celebration of Jim’s life will be held at a future date. Memorials to the Pamela J. Schlick Endowment Fund at Indiana University, the Monroe County Habitat for Humanity, or to C&W Rustic Hollow Cat Shelter, Nashua, IA.