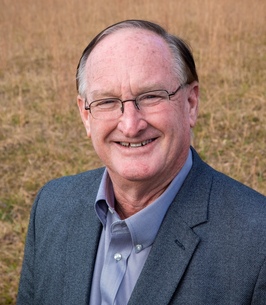 It is with tremendous sadness that we announce the unexpected passing of our beloved husband and father, Allen Ray Ketchersid of Bloomington, Indiana on Monday, May 16, 2022. He was born September 1, 1958 in Abilene, Texas to Eddy and Verlen Ketchersid. He was the oldest of six children.

Allen met his wife, Alice, at church when she was in the sixth grade. It took a few years of convincing, but they finally married on September 2, 1977 and went on to have three children, Owen, KayLane and Ashley.

Allen had degrees from the South Houston Bible Institute in Houston, Texas and Indiana University (Jewish Studies and Religious Studies) in Bloomington, Indiana. He published Christian literature through his publishing company, Ketch Publishing. He served as editor for the Gospel Tidings magazine and moderated the GraceTalk Email Discussion List.

Allen’s talents were many although he wouldn’t say so of himself. He had the ability to reach and teach people in a deep and positive way. He could say more in one concise sentence than most people could say in two paragraphs. Even beyond his words and wisdom, his genuine and sensible nature made him relatable to all he met. And he met a lot of people. Not because he was a social man but because God sent people of all walks of life into his path daily. We could write a book of all the random and sometimes unbelievable stories he would share with us. While others may have wavered, with resilience and an unshakable character, he remained a truly humble servant of the Lord.

In our deep sorrow, we take comfort in this: the message he preached for all 38 years of his ministry was made complete the moment he closed his eyes and met his Savior face to face. Jesus Christ, the creator of heaven and earth, looked upon his face and proudly proclaimed, well done my good and faithful servant!

A funeral service is scheduled for 2pm on Saturday, May 21, 2022, at The Funeral Chapel of Powell and Deckard.

Visitation will be on Saturday from 11:00 am until service time.

Beginning at 1:50 PM on Saturday, we will livestream Allen's funeral on The Funeral Chapel Facebook page. https://www.facebook.com/thefuneralchapel