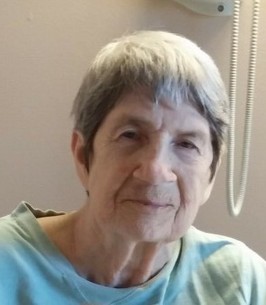 Wilma married the love of her life, Harold Stewart in November of 1955. Wilma was a loving and devoted wife and mother. Together, Harold and Wilma built their home in a beautiful wooded setting. Wilma loved her family, reading a good book and sitting on the porch or in the kitchen watching the deer, squirrels, birds and other wildlife. Wilma and Harold enjoyed going out to eat twice a week. Her favorites were Cloverleaf West and Wee Willies before she broke her shoulder on Halloween 2021.

Visitation for Wilma will be 3-7 pm Thursday, June 9, 2022 at The Funeral Chapel of Powell and Deckard, 3000 E. Third St. Bloomington and on Friday from 10 am until service time.

Services will be Friday, June 10, 2022 at 11 am at The Funeral Chapel with Pastor Justin Johnston officiating. Burial will follow at Valhalla Memory Gardens.

In lieu of flowers donations may be made in Wilma’s memory to Little Free Library 573 County Road A, Suite 106, Hudson, WI 54016 or https://littlefreelibrary.org/donate/