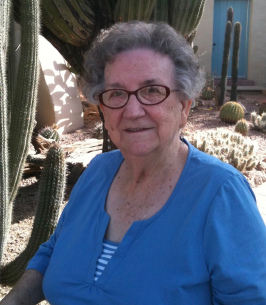 She was born to Henry Virgil Adkins and Thelma Naomi (Duncan) James on October 21, 1929, in Bloomington, IN. She was married to Wm E. Hardy of Bloomington, March 7, 1949.

For most of her life, she was a homemaker, mother and caretaker. She volunteered at the Bloomington Hospital and had worked at RCA and Sarkes Tarzian as young woman. She was a member of the American Legion, The Women’s MCAP Auxiliary and attended the West 2nd Street Church of Christ.

Know for her sharp wit and laughter and her love for family, she was an avid reader and bird watcher.

She is preceded in death by her husband, William Edward (Bill) Hardy.