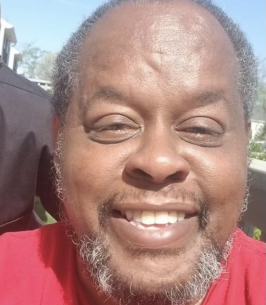 Deacon Charles G. Lane, 64, of Indianapolis and formerly of Bloomington, Indiana transitioned from his Earthly Home to his Heavenly Home on Friday, June 24, 2022 at his daughter’s residence surrounded by those that loved him.

Charles entered this life on August 26, 1957 in Knoxville, Tennessee and was the son of the late Charles G. Lane and Janna Grace (Manning) Fowler.

Charles attended Kokomo High School and later Bloomington High School North where he graduated with the Class of 1975. Charles attended Indiana University where he was a member of the Phi Eta Psi Fraternity and also a member of the Singing Hoosiers and the Choral Ensemble with Dr. James E. Mumford and was also involved in Student Theatre. Charles worked for several years at Westinghouse/ABB. Charles graduated from Vincennes University where he obtained a degree in Mortuary Science. Charles was a licensed Funeral Director and had worked as Lead Manager with Flanner and Buchannan Funeral Home and Cemetery at Washington Park North. He later worked for many years as a Sales Counselor at Valhalla Memory Gardens in Bloomington. To his family he was affectionately called Brother. Charles loved to write poetry, sing; he loved to cook and was a force to be reckoned with on the racquetball court.

Waiting to greet Charles in Heaven were his parents.

A Homegoing Service for Charles will be at 11:15 am on Friday, July 1, 2022 at Light House Community Church 850 E. Winslow Road, Bloomington with Bishop Charles M. Finnell officiating. Charles will be laid to rest at Valhalla Memory Gardens.

Friends and family may pay their respects to Charles at the church from 10 am until service time on Friday.

Memories of Charles and condolences to his family may be given at www.thefuneralchapel.net