Obituary for Dr. Rex A. Stockton 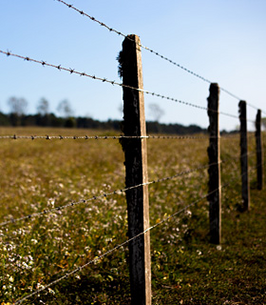 Rex Stockton, 86, of Bloomington, Indiana, died on Friday, July 1, 2022, at Bell Trace Nursing Home in Bloomington. He was Chancellors’ Professor Emeritus and Professor Emeritus of Counseling Psychology in the School of Education on the Bloomington campus of Indiana University where he worked for 53 years.
A researcher and teacher of international reputation, Rex Stockton was a member of the first generation of American group psychotherapy researchers in the 1970s who used data from actual therapy groups as a basis for long-term, programmatic study.
With his former student and colleague, Keith Morran, Dr. Stockton published ground-breaking studies of group psychotherapy, focusing on the curative and cohering properties of interpersonal verbal feedback. Stockton and Moran published wide-ranging and innovative research, much of it with their graduate students, for forty years.
At the time of his death, Dr. Stockton was conducting a twenty-year service and research project on behalf of HIV-AIDS patients and health care providers in Botswana and Sub-Saharan Africa. For many years, he took teams of graduate students and colleagues from Indiana University to work with African partners to enhance professional counseling and the lives of HIV-ADIS patients.
As well, Dr. Stockton worked on behalf of professional counseling in Indiana. He helped establish certification and licensure of counselors in the state and served as president of the foundation of the Indiana Counseling Association. He created CounselorTalk, an online forum for Indiana school counselors.
Rex Stockton directed the Center for Human Growth for 15 years in Bloomington. The Center is the campus-community counseling clinic of the Department of Counseling and Educational Psychology, first located in a house on 8th Street, and later in the School of Education at 7th Street and Rose Avenue. With Ida Medlyn, a guidance counselor at Bloomington High School South and civic leader, Rex built the Center into a thriving enterprise that provided numerous therapy groups for research while concurrently serving the needs of Center clients, and offering opportunities for research and supervision for departmental graduate students.
National service was a logical extension of Rex Stockton’s work in Indiana. He served on the executive committees, or as division or program chair, of the American Educational Research Association, the American Counseling Association, and the American Psychological Association.
For outstanding professional service and research activity, Stockton received awards or honorary recognition from fifteen state or national organizations, including Indiana University, Indiana University Foundation, I.U. School of Education, American Psychological Association, Indiana Counseling Association, and Association for Specialists in Group Work.
Dr. Stockton was not content to receive personal recognition. Throughout his career, he advanced the careers of his students by publishing research with them, mentoring their research and teaching, and helping them attain professional positions in departments or clinics of counseling and psychology, or as mental health consultants.
Dr. Stockton retired from the Department of Counseling and Educational Psychology in 2020, after having served as acting chair, director of the counseling psychology training program, director of the Center for Human Growth, coordinator of the department’s longtime summer conference for mental health professionals; researcher, teacher, supervisor, and advisor.
Survivors include his wife of 55 years, Nancy Stockton, who shared many of his professional interests; a son, David; a daughter, Lesley; and three grandchildren.
Rex Stockton was born in Hobbs, New Mexico, in 1936, along the Texas-New Mexico border in depression and dust bowl-era farm and ranch country. He knew hard work and slim pickings at an early age. As the oldest son, he had many responsibilities to help his five younger siblings but also had time to ride horses and play with his cousins on their ranch. His father was a dryland farmer and handyman; his mother, a homemaker who instilled in her children a love of reading.
Rex was a member of 4-H and Future Farmers of America. In summers as a teenager, he worked on his uncles’ ranch in Texas. He showed early promise as a student and was encouraged to go to college. He graduated from Eastern New Mexico University in Portales with a bachelor and masters degree in psychology. By his own admission, he benefitted from the mentorship of three older men, a benefit he later bestowed on his students.
While in college, he worked in Christian children’s homes. At the same time, he was being groomed to become a minister. He said, “I was a fair-haired boy of religion.” The problem, he explained, was that “I read too much.” He traded church gospel for social gospel and worked as a teacher and counselor in public schools in Kansas and California. He took into his home a boy in need of a secure environment. He called him “my son” for the rest of his life.
Rex approached one of his mentors about becoming a school psychologist. His advisor, who was then a professor of psychology and administrator at Ball State University, encouraged him to get a doctorate. Having read Steinbeck’s “Travels with Charlie,” Rex drove his new VW from California to Muncie. He said, “I did everything Steinbeck did but take a dog along with me.”
After graduating from Ball State, Stockton began his career at Indiana University in 1968 as coordinator of regional and campus research and development, and coordinator of regional campus administration. He published in that field but could not resist the pull of teaching. In 1975, he moved to the School of Education, teaching full-time in the Department of Counseling and Educational Psychology, where he would begin his path-breaking study of group psychotherapy.
Upon learning of his death, a close friend of his observed: “We should remember Rex as a kind and generous man, a friend to many, and a widely read man of keen intellect.”
A celebration of life will be in August. There will be an announcement in the Bloomington Herald-Times when a date and time are set.