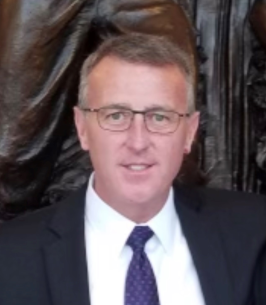 James William DeWees, 57, passed away peacefully on July 11, 2022 after a long battle with cancer. He was born December 2, 1964 to Joseph Eugene and Maude Marilyn (Snyder) DeWees and grew up in Nashville, Indiana. He graduated from Brigham Young University with a degree in Chemistry, then later earned a degree in Prosthetics from California State University Dominguez Hills. He returned to Indiana to establish and operate The Prosthetics Center of Indiana in Bloomington, where he resided. He was a lifelong member of The Church of Jesus Christ of Latter Day Saints, which included serving a mission in the Dominican Republic, as well as serving in multiple leadership roles. He spent much of his time in service, and made trips to the Carribean islands of the Dominican Republic and St. Lucia to assist in supporting and setting up prosthetic clinics for the people there. He would often be found in his spare time helping others with anything they needed. He loved being a father and was very close with his family. He enjoyed spending time with them as well as his friends, traveling, and participating in outdoor sporting activities, especially mountain biking and snow skiing.
Jim was preceded in death by his father. He is survived by his son, Cameron James DeWees, his mother, Marilyn, a brother Joseph Charles (Cindy) DeWees, a sister Elizabeth Amelia (Trenton) Garyson, four nieces and one nephew, and seven great nieces and nephews.
Visitation will be from 4:00 PM until 7:00 PM on Thursday, July 14, 2022 at The Funeral Chapel of Powell and Deckard, 3000 E. Third Street Bloomington, and from 9:00 AM until 10:00 AM on Friday at The Church of Jesus Christ of Latter-day Saints, 2411 E. Second Street Bloomington.
Funeral services will be held at 10:00 AM on Friday at The Church of Jesus Christ of Latter-day Saints.
Burial will follow at Greenlawn Cemetery in Nashville, Indiana.
In lieu of flowers, donations can be made to the Cameron DeWees College Fund through The Funeral Chapel.
Jim's service may be viewed through the following Zoom link:
https://iu.zoom.us/j/92987342202?pwd=K0xQY3lheFAyU3lvTllzaTlTd0tQdz09