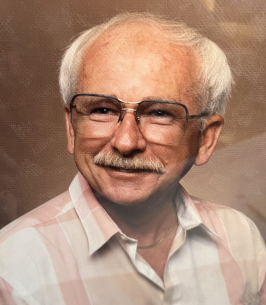 James R. “Jim” Turner, age 84, of Ellettsville, Indiana, passed away in the home he so loved on July 20, 2022.
Born on November 15, 1937, Jim was the son of Elizabeth and Hulcee Turner.
Jim has at last reunited with the love of his life, Janet C. Turner who preceded him in death. He was also preceded in death by his brother, Wilbur Turner and one sister, Betty Turner.
He is survived by his two children, Scott Turner (Natalie) and John Turner (Barbara) and his step-daughter, Karen Drake, as well as his grandchildren, great-grandchildren and great-great-grandchildren. He is also survived by one sister, Maxine May, of Bloomington, Indiana.
Private graveside services at Valhalla Memory Gardens will be held at the convenience of the family.
Online memories, condolences and photos for James’s family may be shared at www.thefuneralchapel.net.